The United States Blues
Home News Trump already threatens another shutdown if Congress doesn’t let him have his... 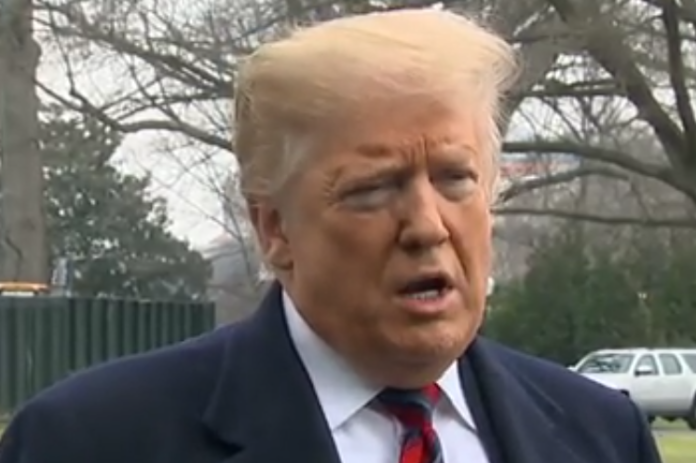 Not even a day after President Donald Trump agreed to sign a funding bill to re-open the government for three weeks without his wall funding, he is already threatening another shutdown if he doesn’t get his way this time.

Trump originally took the blame for the shutdown in December before rejecting the exact same bill he finally agreed to sign on Friday after 35 days of a shutdown that caused 800,000 federal employees to go without pay and shaved billions of dollars off the economy. The majority of Americans rightfully blamed Trump and the Republicans for the shutdown and the pressure became so great that Trump had no choice but to fold.

But it appears he intends to repeat this disastrous exercise in futility again because he threatened yet another shutdown in three weeks if Congress still doesn’t give him the wall money he wants:

I wish people would read or listen to my words on the Border Wall. This was in no way a concession. It was taking care of millions of people who were getting badly hurt by the Shutdown with the understanding that in 21 days, if no deal is done, it’s off to the races!

Seriously, the shutdown hadn’t even officially ended yet before he threatened another one, thus taking ownership yet again for something that should not be used as a negotiation tactic. This is exactly why Democrats refused to give Trump his wall and it’s why they should refuse to give it to him again. The threat of a shutdown should not be tolerated as a negotiation tactic. Trump cannot just shut the government down every time he doesn’t get his way. And giving him what he wants sets a a very bad precedent because he will do this same dance over and over again.

And if Senate Republicans were hoping to have an edge in the negotiations this time around, Trump just took that away from them by threatening another shutdown. Now Americans know who to blame again, which means Republicans would be better off abandoning the wall in favor of a long-term funding bill that is veto-proof. They cannot allow Trump to shut the government down again knowing what a shutdown has already cost them and the nation. They failed to get a wall. It’s time for them to move on and hope the American people forget about it by 2020. They won’t if Trump does it again.