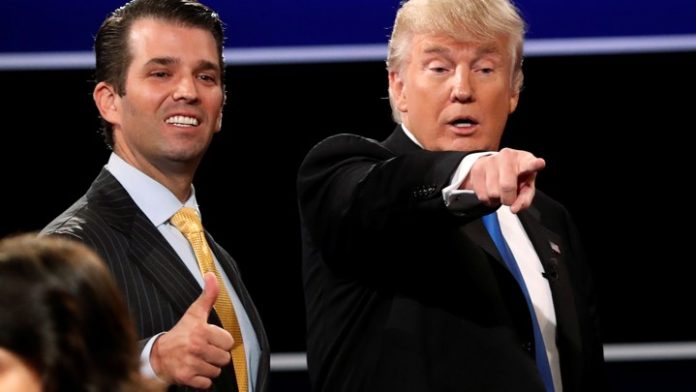 Saturday in Lawrence, Massachusetts, Senator Elizabeth Warren (D-MA) announced she will be seeking the 2020 Democratic nomination, saying she wants to fight economic inequality and build “an America that works for everyone.”

Today Elizabeth Warren, sometimes referred to by me as Pocahontas, joined the race for President. Will she run as our first Native American presidential candidate, or has she decided that after 32 years, this is not playing so well anymore? See you on the campaign TRAIL, Liz!

The all-caps mention of the campaign “trail” was widely seen as a reference to the infamous Trail of Tears which forced Native Americans to relocate after the passage of the 1830 Indian Removal Act. At least 4,000 members of the Cherokee nation died on the Trail of Tears. Millions of Native Americans were slaughtered by U.S. government forces and made to move to reservations.

As if the president’s tweet wasn’t offensive and insensitive enough, his oldest son, Donald Trump Jr. then shared an image on Instagram that was equally tasteless: 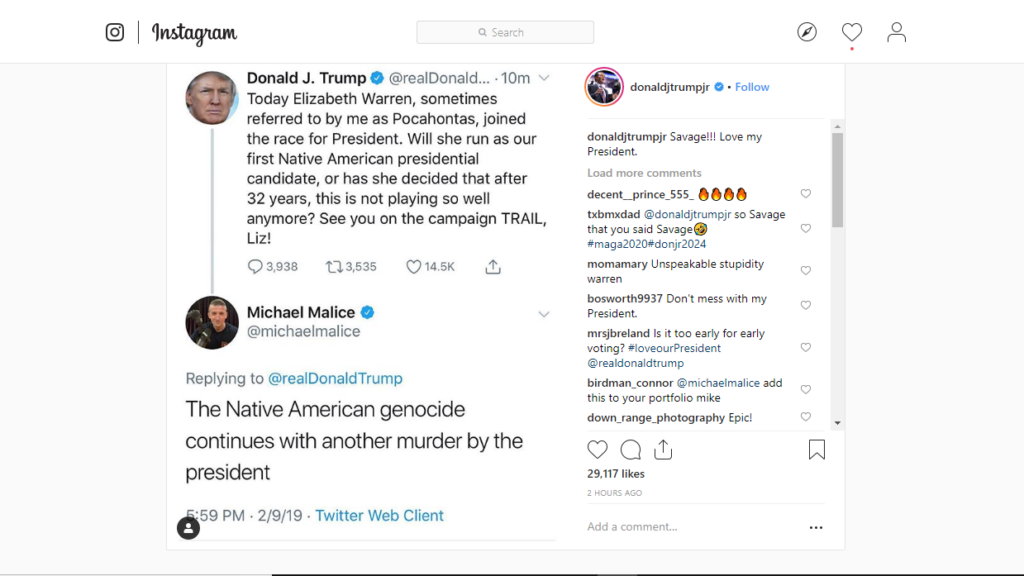 The reaction on social media was immediate and righteously harsh:

This is a genocide joke. pic.twitter.com/J5Gwt4v7hg

This is an extremely racist “joke” — the punchline is a riff on genocide — and would probably get him kicked off Twitter if he weren’t the President https://t.co/F4gt8DO8nf

Because genocide is hilarious (if you’re a bad person) https://t.co/ALvOps9Z4U

The same week in which the political world has united around the notion that posting a black face pic on your yearbook is a cause for resignation, the president makes a joke about Native American genocide, his son cheers it, and it will likely be viewed as par for the course.

these were real people. families. a culture and history extinguished.

to the Trump family, it is a punchline. https://t.co/7zANratHGV

This is the kind of crap that’s going to guarantee Trump loses in 2020 if he hasn’t already been impeached.