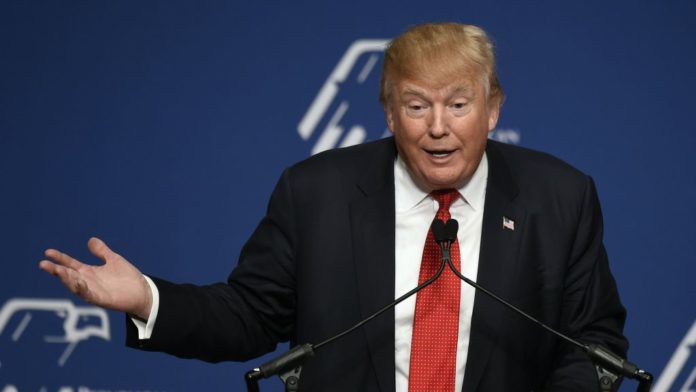 President Donald Trump caused oil prices and tensions with our own allies to rise on Monday after announcing that he is slapping sanctions against any nation that purchases oil from Iran.

Trump unilaterally withdrew the United States from the Iran nuclear deal a year ago even though Iran has continued to comply with the terms.

The other signatories of the deal, meanwhile, have refused to abandon it.

German Chancellor Angela Merkel recently slammed the United States for withdrawing from the deal and vowed to continue supporting it with or without American involvement.

Also defying Trump’s demands are several other allies, including Turkey, South Korea, China, Greece, Italy, Japan, Taiwan and India, which have continued to purchase oil from the Iranians. And that’s why Trump is preparing to slap economic sanctions against them as well.

“The Trump administration and our allies are determined to sustain and expand the maximum economic pressure campaign against Iran to end the regime’s destabilizing activity threatening the United States, our partners and allies and security in the Middle East,” the White House said.

“We’ve made clear — if you don’t abide by this, there will be sanctions,” Secretary of State Mike Pompeo added. “We intend to enforce the sanctions.”

Again, our allies who signed the deal are not on board with this plan. This is all Trump.

But sanctions risk alienating our allies and end friendships crucial to our national security and international cooperation on a variety of issues.

According to Agence France Presse:

Eight governments were initially given six-month reprieves from the unilateral sanctions on Iranian oil imposed last year by the United States.

They include India, which has warm ties with Washington but disagrees on the US insistence that Iran is a threat. New Delhi has been working with Iran on a seaport in hopes of circumventing Pakistan, home to virulently anti-Indian militants.

Other countries that will be affected include China and Turkey, opening up new friction in contentious relationships if the United States goes ahead with sanctions over buying Iranian oil.

“We do not accept unilateral sanctions and impositions on the issue of how we will establish relations with our neighbors,” Turkish Foreign Minister Mevlut Cavusoglu said.

In fact, the sanctions are already hurting Americans at the pump as oil prices rose soon after the announcement and less Iranian oil combined with pressure on Venezuelan oil could force prices even higher as OPEC struggles to keep up with Trump’s interference with the market.

His trade wars with multiple nations are already negatively impacting American farmers and manufacturing while resulting in the highest trade deficit ever recorded in the history of the United States.

These sanctions, which are being leveled to please Israel, only cause further global chaos and economic instability, an unnecessary fight considering Iran has always complied with the nuclear deal and continues to do so despite Trump’s childish behavior.