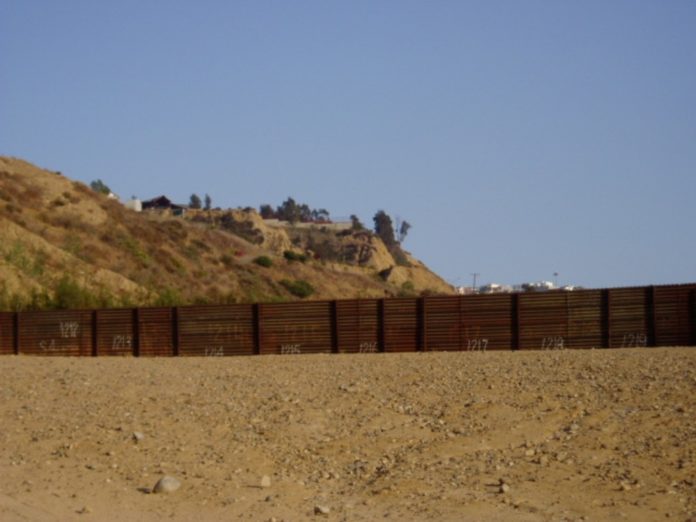 Trump is obsessed with renegotiating NAFTA since taking office and has repeatedly threatened to withdraw the United States from the deal, resulting in Mexico buying agricultural products such as corn elsewhere instead of relying so heavily on farmers in the United States, who stand to suffer if Mexico continues to strengthen business ties with other nations like Brazil.

Back in January, CNN reported that:

“No major progress has been made on key issues.”

And it appears Trump has thrown another wrench into the works by demanding that any agreement should include anti-immigration as a new condition.

On Monday morning, Trump once again sounded the alarm about so-called “caravans” and called for building a wall. Then he demanded Mexico stop immigration to the United States and threatened to tie it to NAFTA.

Despite the Democrat inspired laws on Sanctuary Cities and the Border being so bad and one sided, I have instructed the Secretary of Homeland Security not to let these large Caravans of people into our Country. It is a disgrace. We are the only Country in the World so naive! WALL

Mexico, whose laws on immigration are very tough, must stop people from going through Mexico and into the U.S. We may make this a condition of the new NAFTA Agreement. Our Country cannot accept what is happening! Also, we must get Wall funding fast.

Trump apparently won’t accept any agreement that doesn’t include all of his demands, which means NAFTA is likely toast.

Much of this stems from American corporations moving across the border to make their products through cheap labor. On the other hand, the United States has a $7 billion services trade surplus with Mexico, and Mexico isn’t whining about it.

Fourteen million jobs in the United States depend on NAFTA.

If Trump kills the agreement, he’ll be responsible for the loss of each and every one of them. Plus, our agricultural sector will take yet another major economic hit, the first being tariffs slapped against us by China.

Trade deficits are not necessarily a bad thing. It just means we get a lot of our goods from overseas instead of American-made products right here in the United States. Also, Trump can’t exactly force other nations into buying more stuff from us.

As for caravans of immigrants, Trump is acting like they are going to pour over the border. But the caravan of immigrants is actually a protest march.

According to Market Watch:

“The march is an annual event that organizers say aims to raise awareness about the tens of thousands of Central Americans who, facing gang violence and political unrest in one of the world’s most violent areas, flee every year to Mexico or the U.S. Many are turned back, extorted or kidnapped along the way.”

So, Trump’s panic over this is quite ridiculous, as are his NAFTA demands.