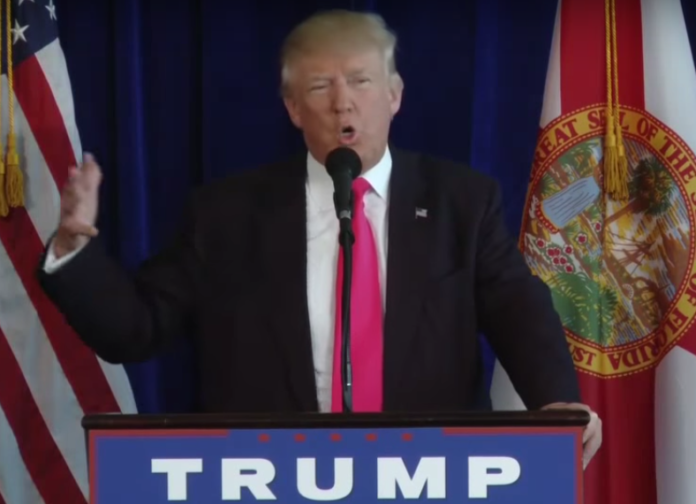 President Donald Trump apparently tripped over the truth again on Twitter Saturday when he attacked Senator Joe Donnelly (D-Ind.) by accusing him of trying to steal the election like Russia did in 2016.

Donnelly currently holds a slim lead in the three-way race with his Republican and Libertarian opponents. However, a recent Fox News poll shows him with a 7-point lead.

So, of course, Trump is so desperate to capture the seat that he decided to literally start a “rumor” about Donnelly, accusing him of helping the Libertarian candidate to siphon votes away from the Republican. The problem is that the dirty play backfired spectacularly:

Rumor has it that Senator Joe Donnelly of Indiana is paying for Facebook ads for his so-called opponent on the libertarian ticket. Donnelly is trying to steal the election? Isn’t that what Russia did!?

That’s right. Trump just admitted that Russia stole the 2016 Election for him.

And that’s why trumps lawyers won’t let him sit down with Mueller.

What was that? Did you just admit the Russians stole the 2016 election for you? @MaddowBlog @MalcolmNance @KamalaHarris @funder @HillaryClinton @RepSwalwell @PalmerReport @FBI

Yes that is what Russia did, thanks for confirming it

@WhiteHouse @WHPressSec – It looks like the president has admitted that the Russians stole the last election for him.

Exactly what Russia did. Thank you for that admission.

Quite correct. That is exactly what Russia did. Interesting that you are now admitting it.

Thank you for admitting that Russia stole our election. FINALLY!

Didn’t I tell you this stupid mothafucker would tell on himself.

So u r admitting that Russia stole the 2016 election – Mueller should take a note of your confession.

You just confirmed that your election was illegitimate.

I think you’re supposed to think these words to yourself, not tweet them.

Indeed, as you may recall, Trump publicly asked Russia to find Hillary Clinton’s emails, resulting in cyber attacks against the DNC and the Clinton campaign by Russian hackers only weeks after a Trump Tower meeting his top campaign officials had with Russian agents in June 2016.

Here’s the video of Trump asking for Russia’s help, which the Senate Intelligence Committee has confirmed Putin green lighted to help Trump win.

It’s a good thing Special Counsel Robert Mueller is keeping an eye on Trump’s tweets. He can add this one to the stack of evidence he’s already collected.