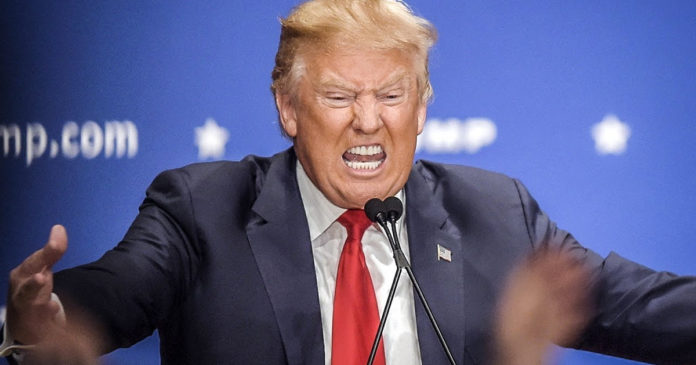 President Donald Trump continued attacking California on Wednesday by demanding the return of $2.5 billion allocated by Congress to construct high-speed rail lines and has already canceled federal funds in retaliation against the state’s lawsuit challenging his national emergency declaration.

California and 15 other states filed a lawsuit against Trump’s fake emergency declaration this week, putting his plans to build his wall on the southern border on hold as the lawsuit works its way through the courts.

In response, Trump canceled nearly $1 billion in high-speed rail funding awarded to the state by Congress during the Obama administration.

“The U.S. Transportation Department said on Tuesday it will cancel $929 million in federal funds awarded by the Obama administration for a California high-speed rail project and is “actively exploring every legal option” to seek the return of $2.5 billion the state has already received.”

Newsom, in a statement, linked the Trump administration action to California leading 15 other states in challenging what he called “the President’s farcical ‘national emergency,’” to obtain funds for building a wall along the U.S.-Mexico border.

“This is California’s money, and we are going to fight for it,” Newsom said of the rail funds.

Trump then took to Twitter to demand more money from the state:

California now wants to scale back their already failed “fast train” project by substantially shortening the distance so that it no longer goes from L.A. to San Francisco. A different deal and record cost overruns. Send the Federal Government back the Billions of Dollars WASTED!

Except that Trump is wrong as usual. Newsom merely temporarily delayed two legs of the construction due to transparency and high cost concerns, but also announced that the third leg of the project to connect the Central Valley is still underway.

Newsom told Trump exactly that in a response to a previous tweet, even going so far as to accuse Trump of trying to steal money to use to build his wall:

This is CA’s money, allocated by Congress for this project. We’re not giving it back.

The train is leaving the station — better get on board!

California still intends to build the lines connecting Los Angeles and San Francisco because it’s a worthy project, but Newsom wants to make sure there are no further delays and that the money is spent right and that the whole thing is transparent. That’s a good thing. But Trump is clearly using the delay as an excuse to attack the state and make petty demands to punish it for challenging his national emergency. That should spur other states to take action because if Trump is allowed to punish California for challenging him, he can attack any state for any disagreement. And that goes against everything states rights advocates believe.