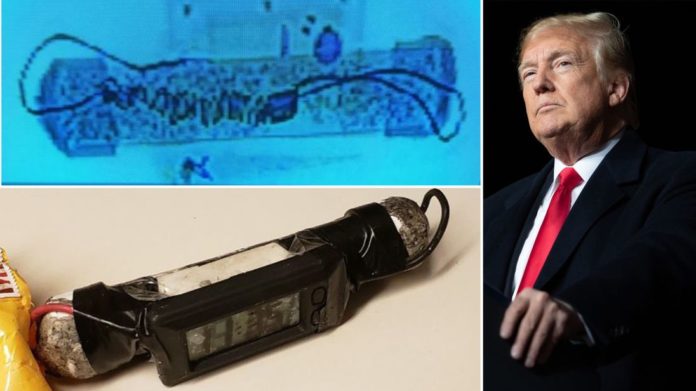 For a few brief moments Wednesday afternoon at the White House, President Donald Trump sounded a conciliatory, measured tone, saying that bombs mailed to Democratic political figures were “despicable,” and urging the nation to come together:

But just hours later, at a political rally in Wisconsin, the president seemed to blame the media for the bomb scare, declaring that the national news media:

“Has a responsibly to set a civil tone and to stop the endless hostility and constant negative and oftentimes false attacks and stories.”

Thursday morning on Twitter, Trump doubled down on that message, posting this:

Trump has yet to address the fact that one of the pipe bombs discovered Wednesday was sent to CNN world headquarters in New York City, forcing the evacuation of the entire Time-Warner building. And Trump has repeatedly attacked the press ever since he first declared his candidacy.

The president was reminded how dangerous his heated rhetoric is, especially as a serial bomber remains on the loose:

Stop threatening the press.
We’re in the midst of #DomesticTerrorism.
Just once could you act like a president?

No it’s not. It’s you putting a target on American backs, then apparently blaming the victim for the target.

You’re a cowardly disgrace to the office. Step down.

Otherwise someone might try to bomb them? Oh, wait… that was YESTERDAY! Congrats on the #MAGABomber btw. Your legacy is secure #MyAss

Instead of unity, this president offers nothing more than hatred and fear.