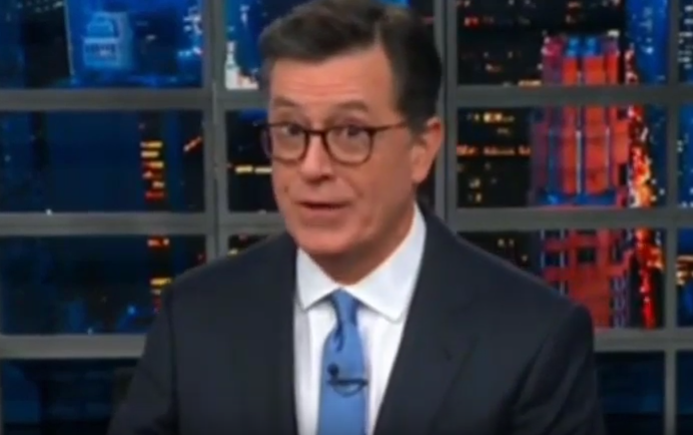 While watching Fox & Friends again, Trump repeated a quote complaining about Jimmy Fallon, Stephen Colbert and Jimmy Kimmel for making fun of him:

The three very weak and untalented late night “hosts” are “fighting over table scraps. Carson did a great job, it wasn’t political. I don’t know what they’re going to do in 2024 when he’s no longer President? Will be wacky in the unemployment line.” Michael Loftus @foxandfriends

The problem is that Carson did not have to deal with clowns in the White House. Our past presidents, even Nixon, were far more respectable than Trump will ever be. If Carson were alive today, he would nail Trump just as much as the current crop of Late Night hosts do.

Also, assuming Trump will get re-elected is a bold prediction considering his approval rating is in the dumps.

“Jay Leno points out that comedy (on the very boring late night shows) is totally one-sided. It’s tough when there’s only one topic.” @foxandfriends Actually, the one-sided hatred on these shows is incredible and for me, unwatchable. But remember, WE are number one – President!

Actually, Leno clarified that what he meant is that he himself would try to make jokes about both sides when he was on the air. Again, his time on television was during a different era when the president did not make a fool of himself every minute of every day. The reason why Trump is a constant punchline is because he is one big joke who is always saying or doing something completely moronic.

Colbert also chimed in on the attack by pointing out that he can attack Trump from any side he wants to as the camera changed angles around him. He also noted that the Late Show is “number one” on television and it’s because of Colbert’s nightly jabs and roundhouses against Trump and his administration. Colbert is merely giving the people what they want.