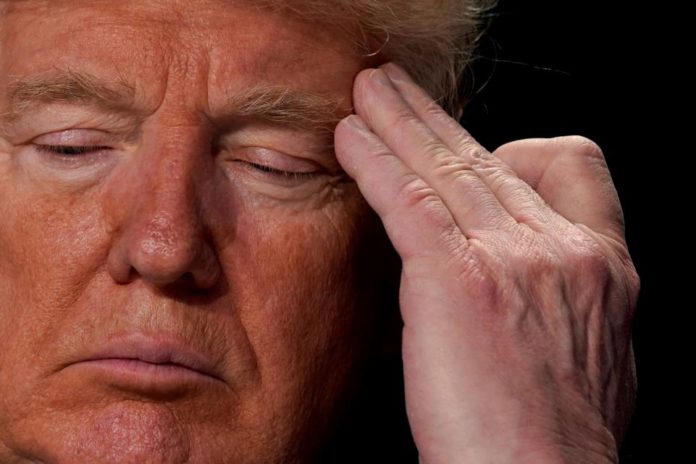 Now that details of his possibly illegal actions are all over the news, President Donald Trump is again cranking up his attacks on the press for having the audacity to report on the many questionable things he did in the run-up to the 2016 election.

This week alone has been filled with new developments regarding Trump’s former attorney, Michael Cohen, a new investigation into money raised by the Trump inaugural committee, and falling poll numbers for the president, so he weighed in on Twitter Saturday morning:

Let’s see: Donald Trump is complaining about dishonesty when he’s the one who’s told over 6,000 lies since taking office. He lies so often that this week The Washington Post gave him what they dubbed the “bottomless Pinocchio” rating.

As he’s proven on numerous occasions, Trump lashes out when he’s in trouble, so it should come as no surprise that he posted such a blatantly desperate tweet. But he also got taken to the woodshed by those who are sick and tired of his BS:

Says the buttmunch who had to make a deal with the “national Enquirer ” to give him good press because that’s the only rag his base reads?

Too bad you’re still “President” You should be gone by now. Soon though…. your time in the barrel is coming. Mueller is coming. SDNY is coming. The American people are coming.

Individual 1 would like everyone to know all the news stories about him being an unidicted co-conspirator are not true because Hillary.

It’s amazing that you are both the leader of the free world and the most aggrieved human on the planet. You are without a doubt the weakest human I have seen.

Admit it, Donald: You’re cornered and you know the jig is up. It’s Mueller Time!+