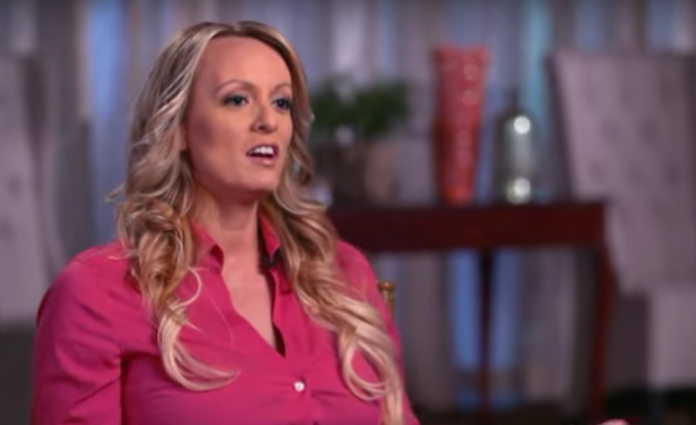 Thus far, the scandal has played out in the public eye and Trump has remained conspicuously silent, choosing to attack anything and anyone else except Daniels and her attorney Michael Avenatti.

Earlier this year, the story broke that Trump attorney Michael Cohen paid Daniels $130,000 to stay quiet about an affair she had with Trump back in 2006 just after Melania had given birth to Trump’s son Barron.

Daniels was also allegedly forced to sign a non-disclosure agreement in October 2016 just days before the election in November.

That document is now being challenged by Daniels because Trump failed to sign it himself, a failure that could render the agreement void.

During her interview on 60 Minutes last month, Daniels alleged that she was intimidated and threatened to keep quiet and felt she had no choice but to sign the agreement.

“I felt intimidated and…honestly bullied. And I didn’t know what to do. And so I signed it.”

But the legal battle is far from over as it continued on Monday with Cohen’s lawyer Brent Blakely maneuvering to get the case moved to arbitration instead of inside a courtroom.

According to Reuters, Blakely wrote:

In Monday’s court filing in Los Angeles, Brent Blakely, Cohen’s attorney, argued the agreement included a provision that any disputes over it be settled through arbitration, as opposed to open court.

Federal law ‘dictates that this motion be granted, and that Clifford be compelled to arbitration, as she knowingly and voluntarily agreed to do.'”

“We will vigorously oppose the just-filed motion by Mr. Trump and Mr. Cohen to have this case decided in a secret arbitration, in a private conference room, purposely hidden from the American public.”

And he is right. If the judge allows the case to be decided in arbitration, it would no longer be public and the American people would be basically barred from knowing the truth.

“This is about the cover-up,” Avenatti told Anderson Cooper on 60 Minutes after being asked if this is just a “much ado about nothing” story.

“This is about the extent that Mr. Cohen and the president have gone to intimidate this woman, to silence her, to threaten her, and to put her under their thumb. It is thuggish behavior from people in power. And it has no place in American democracy.”

Again, Trump has remained silent throughout this scandal, which is very unlike him. One of the explanations of Trump’s silence is that Stormy Daniels has something on him that he doesn’t want the public to see. He fears that revelation so he is not doing anything to provoke Daniels into releasing it.

Filing a motion that would force the case out of the public eye would also presumably prevent Daniels from releasing what she may have on Trump.

This scandal is also important because Trump and his attorney may have violated campaign finance laws, but that could take years to unravel. So, if Trump can force this case out of the public, he can turn his attention to undermining that investigation.

Judge Otero has a big decision to make. Will he let Trump win? Or will he give Stormy Daniels her day in court?