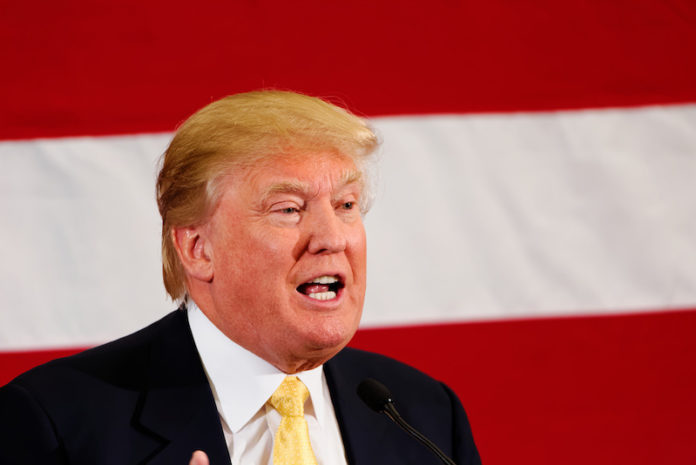 Donald Trump is not famous for paying people, as federal contractors have recently learned. In fact, he has been the subject of over 3,500 lawsuits over the past three decades, and a large number of them include people he stiffed. In a 2016 video called “Top 10 Reasons Not To Vote For Donald Trump (That Aren’t About Race), I detailed a few of them:

“A dishwasher in Florida, a glass company in New Jersey, a carpet company, a plumber, painters, 48 waiters, real estate brokers who sold his properties, and several law firms that used to represent him in these cases … if you hire someone for a job, pay them.”

Trump is at it again, and his most recent target is contractors who worked or were furloughed during the shutdown. According to Vanity Fair, federal workers are slated to get back pay for the 35-day shutdown, but federal contractors are left in a lurch, because the president refuses to sign anything that gives them back pay like the federal employees are getting.

On including back pay for federal contractors in the spending deal, Blunt tells reporters: “I’ve been told the president won’t sign that.”

And some Republicans, like Texas Senator John Cornyn, are placing the lasting damage of the shutdown on the shoulders of Democratic leaders who refused to fund Trump’s border wall.

“[Nancy] Pelosi and [Chuck] Schumer should have thought about this and other collateral damage when they initially refused to negotiate on border security, something they are apparently now willing to do,” Cornyn told NBC News.

Though President Trump plainly stated that the shutdown was his responsibility, it’s clear that Republicans are trying to pin the post-mortem on Democrats. However, Senator Cornyn could also be spinning press in preparation for a slugfest with Texas darling Beto O’Rourke. Though O’Rourke came just shy of beating Ted Cruz during the 2016 midterms, he remains enormously popular in the Democratic Party. However, many Democrats think that Cornyn’s seat is vulnerable, and would prefer to see O’Rourke chase a Senate seat than the presidency.

President Trump has shown time and time again that he does not care who is hurt by his impulsivity or impetuousness and federal contractors are simply the latest in the constant stream of victims of the Trump presidency.