The United States Blues
Home Economics Trump backs down on new China tariffs because Americans would have to... 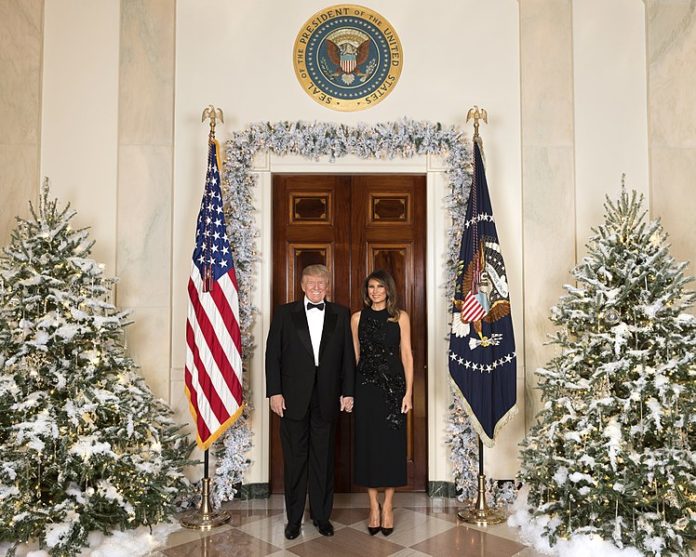 President Donald Trump knows damn well that Americans have to pay the price of his tariffs, and we know this because he just backed down on new tariffs against China because they would result in Americans paying more for Christmas this year, a move that would be political suicide.

For months, Trump has insisted that China pays the tariffs even though it’s American companies and consumers that actually pay the cost.

So, when Trump says we’ve gotten “billions of dollars” from China, that money came from American companies and from the pockets of consumers who have to pay higher prices for the items affected by the tariffs.

And so, Trump’s trade war against China is really a trade war on American businesses and consumers.

Earlier this month, Trump announced a new round of tariffs to be enacted in September against electronics, toys, shoes and other products. Companies such as Apple and Nike both oppose such tariffs and have warned that it would force them to raise prices.

Going into the fourth quarter of 2019, that would mean the American people would see higher prices they would have to pay while doing their Christmas shopping, a Christmas that just so happens to be the last before the 2020 Election in November.

Again, Americans are paying the cost of Trump’s tariffs, not China. And Trump knows it because he announced a delay to this new round so that it would not affect Christmas.

“We’re doing this for Christmas season, just in case some of the tariffs would have an impact on U.S. customers,” Trump said according to the Los Angeles Times.

There is no “just in case” about it. Trump knows full well that his tariffs are impacting Americans now and he knew a new tariff would affect them as well. The only reason Trump is delaying enacting the tariff until December is because of Christmas. Not because Trump has a good heart and Christmas spirit, but because he’s selfishly thinking about his re-election.

This has nothing to do with sparing Americans pain during the holidays and everything to do with politics. Americans may not notice they are being fleeced by Trump now, but they sure will once they begin Christmas shopping. This move is all about making sure Americans don’t notice the pain until after the year ends, only many Americans will likely shrug it off as long as Christmas isn’t ruined.

Trump’s decision proves that he has been lying all along about tariffs and that he knew Americans would be paying for them. He just didn’t give a damn until now because screwing Americans over at Christmas would hurt his campaign.