The United States Blues
Home News Trump blames the ‘corrupt and hostile media’ for failing to report his... 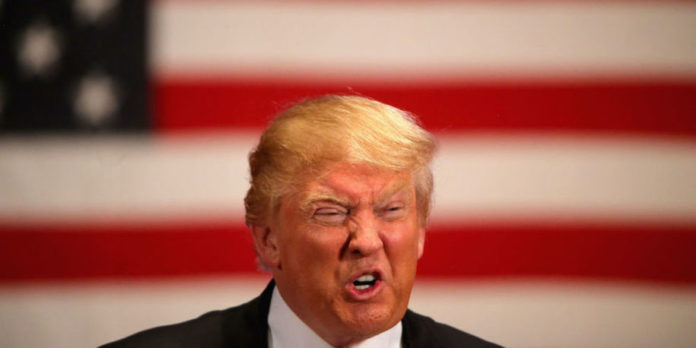 President Donald Trump awoke Sunday morning in a foul mood, so he grabbed his cell phone and began rage tweeting out his grievances, suggesting that the media is refusing to report on all he’s “accomplished” since taking office.

Claiming that he has accomplished more than any president in American history, Trump raged at the news media:

Despite the most hostile and corrupt media in the history of American politics, the Trump Administration has accomplished more in its first two years than any other Administration. Judges, biggest Tax & Regulation Cuts, V.A. Choice, Best Economy, Lowest Unemployment & much more!

He followed that posting with another that allowed him to pat himself on the back:

More people are working today in the United States, 158,000,000, than at any time in our Country’s history. That is a Big Deal!

The president conveniently neglected to mention that a scant 20,000 jobs were created in February, leading some economists to suggest the Trump recession may have arrived.

When it comes to Trump’s claims that he’s accomplished more than any other president in history, that’s complete BS. He hasn’t even come close to what FDR did to bring this country back from the depths of the Great Depression.

Trump got an immediate fact check on social media:

Most staff turnover, most corruption, most scandals, most indictments, most guilty pleas and most jail time. Good job! pic.twitter.com/XeMgqbkO3B

Yes…more indictments of a corrupt administration in decades, biggest tax cuts for you and your wealthy buddies, regulation cuts so that our air and water are compromised and unemployment has been lowering for a good decade….nice spin….

I’ll bet most of the pitifully low 20,000 jobs created last month were at that Florida “massage parlor” that’s been selling access to you to the Chinese. ¯\_(ツ)_/¯