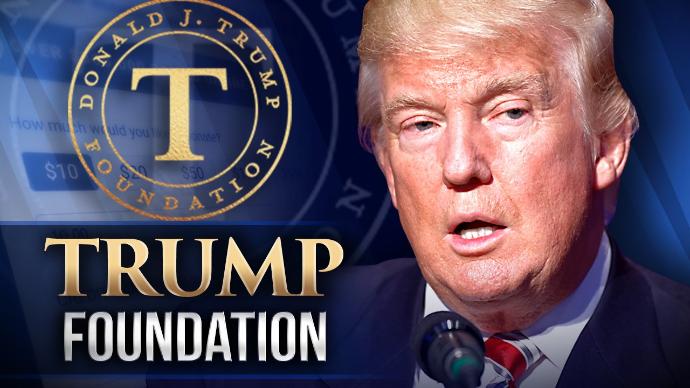 Under pressure from lawsuits filed by the New York Attorney General’s office, the Donald J. Trump Foundation will be dissolved under judicial supervision.

“The dissolution of President Donald Trump’s charity resolves one element of the attorney general’s civil lawsuit against the foundation, which includes claims that the President and his children violated campaign finance laws and abused its tax-exempt status. The lawsuit will continue in court because it also seeks two other outcomes: $2.8 million in restitution, plus penalties, and a ban on Trump and his three eldest children serving on the board of any other New York nonprofit.”

“Our petition detailed a shocking pattern of illegality involving the Trump Foundation — including unlawful coordination with the Trump presidential campaign, repeated and willful self-dealing, and much more. This amounted to the Trump Foundation functioning as little more than a checkbook to serve Mr. Trump’s business and political interests,” Underwood said in a statement Tuesday.

“This is an important victory for the rule of law, making clear that there is one set of rules for everyone. We’ll continue to move our suit forward to ensure that the Trump Foundation and its directors are held to account for their clear and repeated violations of state and federal law.”

In June, Underwood’s office filed suit against the Trump Foundation, accusing it of:

“A pattern of persistent illegal conduct, occurring over more than a decade, that includes extensive unlawful political coordination with the Trump presidential campaign, repeated and willful self-dealing transactions to benefit Mr. Trump’s personal and business interests, and violations of basic legal obligations for non-profit foundations.”

Charity Navigator warned earlier this year that there was a “high concern advisory” for the Trump Foundation, saying it had done so due to:

“The concerns raised about organizational legitimacy and/or federal tax law compliance are serious both in nature and scope.”

Here’s more on the story from MSNBC: