The United States Blues
Home Elections Trump brags about duping religious conservatives into voting for him: ‘Those f—ing... 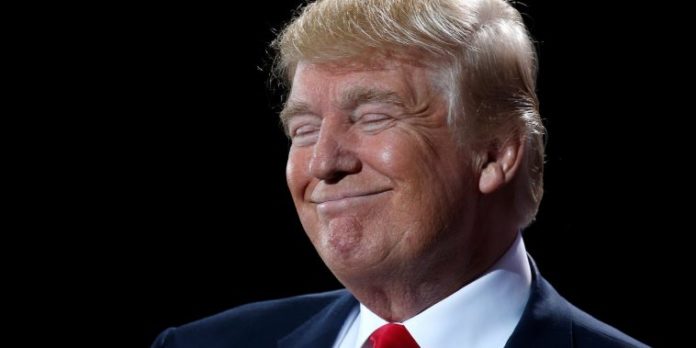 Christian evangelicals have remained loyal to President Donald Trump no matter what disgusting things he says or does, which makes absolutely no sense when you consider that Trump doesn’t act the way Jesus said Christians should.

And now we find out that behind closed doors, Trump makes fun of those evangelical voters, mocking them and gloating about the way he’s been able to win them over.

According to a report in The Washington Post on a new book from author Tim Alberta entitled American Carnage, Trump had this to say after a meeting with evangelical leaders:

As ShareBlue Media notes, Trump was amazed by how willing so-called Christians were to accept his disgusting behavior and policies:

Alberta discusses the tacit agreement between Trump and the critical bloc of conservative voters, in which he would “give them the policies and the access to authority that they longed for.” In exchange, they would turn a blind eye to his racism and misogyny and “stand behind him unwaveringly.”

Despite Trump’s admitted history of sexual assault and public statements in support of Nazis and in favor of other bigotry, he has retained conservative evangelical support.

To keep evangelicals happy, Trump announced a ban on transgender members of the military and has agreed to support the most extreme anti-abortion agenda in American presidential history.

Vice President Mike Pence, according to Alberta, also played a key role in cementing Trump’s steadfast support from right-wing Christians and slavishly fawns over his boss:

“Pence’s talent for bootlicking — he was nicknamed ‘the Bobblehead’ by Republicans on Capitol Hill for his solemn nodding routine whenever Trump spoke — were at their most obscene during meetings at the White House.”

Donald Trump is not the least bit religious or spiritual. He only worships himself and the almighty dollar. He may well be the most immoral man to ever hold the office of president. And behind their backs, he even laughs at the evangelicals who so ardently stand up for him.

It would be nice to think that the revelations in Tim Alberta’s book would change the minds of the millions of evangelicals who believe Trump can do no wrong. But asking them to remove the scales from their eyes or put aside their willful ignorance and hypocrisy would be almost as absurd as asking Donald Trump to act like a decent human being.