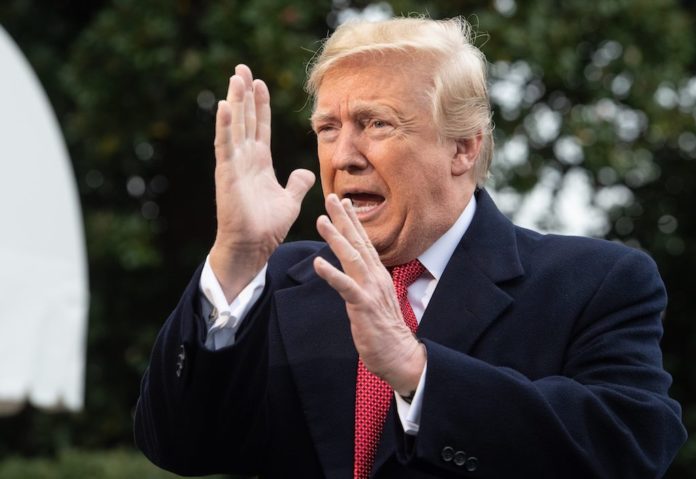 Paris is on lockdown this morning after days of rioting in the city streets have led to over 500 arrests. Protesters are angry over the cost of living and proposed tax increases, so they’ve taken to the streets to express their dissatisfaction.

But rather than stand firm with a NATO ally and offer his support to French President Emanuel Macron, President Donald Trump cast his lot with the protesters via Twitter on Saturday morning:

The Paris Agreement isn’t working out so well for Paris. Protests and riots all over France. People do not want to pay large sums of money, much to third world countries (that are questionably run), in order to maybe protect the environment. Chanting “We Want Trump!” Love France.

And then the president decided to once again address the concept of a European military, an idea that’s been suggested by Macron:

The idea of a European Military didn’t work out too well in W.W. I or 2. But the U.S. was there for you, and always will be. All we ask is that you pay your fair share of NATO. Germany is paying 1% while the U.S. pays 4.3% of a much larger GDP – to protect Europe. Fairness!

As for Trump’s claim that French protesters are calling for him to be their leader, the Daily Mail says that’s little more than an elaborate ruse:

“On Tuesday Trump began to spread a famous right-wing radio host’s unproven claim that rioters in Paris have been heard shouting that they want the president to replace their own.

“He retweeted a message from Charlie Kirk, president of the conservative Turning Point USA youth organization, that ‘We want Trump’ is ‘being chanted through the streets of Paris.’

“Kirk appeared to take that claim from a broadcast Monday of Rush Limbaugh, who said French President Emanuel Macron has seen a proposed fuel tax increase – a measure intended to fight global warming – generate riots larger than any ‘since the student protests of May 1968.’

“No video surfaced showing Parisians yelling for Trump to be their president.”

But the best takedown of Trump occurred on social media:

Perhaps you should go visit France monday, seeing how they ‘love you” and all? Maybe go for a walk about meet and greet?

Mr Trump. The protest is not about about Paris agreement and no one in chanting We want Trump! I am from Paris. The protest is about system inequality but I believe you have even worse inequality in US as well. Isn’t it? Many people in US need 2 or 3 jobs for living! Just sad..

Yes! Please go to France and stay there! Do Not come back!

Later today, perhaps Trump will tell us he discovered electricity and was one of the signers of the Declaration of Independence. It’s gotta be true because he never ever lies, right?