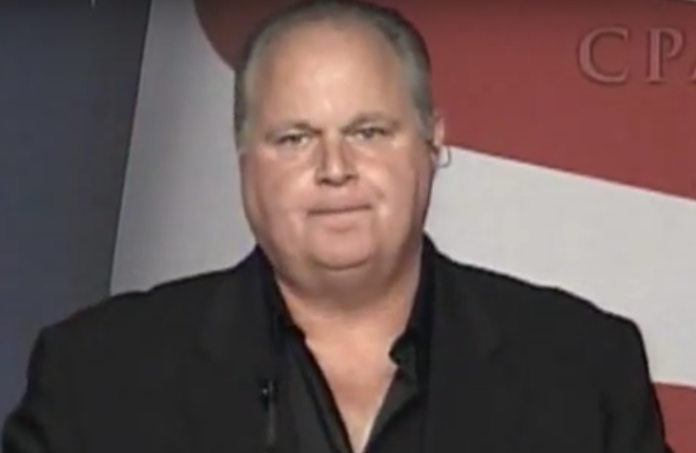 President Donald Trump apparently is taking his cues from right-wing radio host Rush Limbaugh now, which is why he viciously attacked Special Counsel Robert Mueller and our intelligence community on Sunday evening.

Trump frequently attacks our intelligence agencies and the Russia investigation because he considers them his enemies. He has repeatedly sought to undermine or discredit Mueller and his team, and his own intelligence chiefs who have contradicted him on a number of occasions.

Presumably, after his latest round of golf and a break at the omelette bar at Mar-a-Lago during his fake national emergency, Trump directly quoted Limbaugh, who accused federal investigators of conspiring with intelligence officials under former President Obama to take Trump down, and actually called for their imprisonment without offering a shred of evidence.

“These guys, the investigators, ought to be in jail. What they have done, working with the Obama intelligence agencies, is simply unprecedented. This is one of the greatest political hoaxes ever perpetrated on the people of this Country, and Mueller is a coverup.” Rush Limbaugh

Trump would follow that up with a tweet attacking Mueller and accused the Democrats of collusion with Russia.

The Mueller investigation is totally conflicted, illegal and rigged! Should never have been allowed to begin, except for the Collusion and many crimes committed by the Democrats. Witch Hunt!

Trump’s accusations hold absolutely no water and there is no evidence proving the claims.

Trump is also abusing his power by threatening intelligence officials and investigators with jail. And let’s face it, Rush Limbaugh is not even close to being a bastion of truth. He’s a pathological liar and propagandist. The only reason Trump is quoting him is that he went to bat for Trump’s national emergency on Fox News Sunday during a hypocritical interview with Chris Wallace.

It shouldn’t be normal for the President of the United States to falsely attack his own Justice Department and FBI. We should stop acting like it is. https://t.co/pBVQFt4ke1

A President who threatens our national security is simply unprecedented. Our law enforcement & intelligence agencies who have tried to protect us from that are heroes. https://t.co/hwCnYnJFsf

And the Mueller investigation was approved by Congress with overwhelming bipartisan support. Criminals hate investigations, though, so I understand your frustration!

By questioning the investigation of Robert Mueller you are questioning his ethics and morals. You’re saying he is doing this with a hidden agenda. But his life work in government service for 35+ years has been exemplary. Seems strange that he would throw ethics out the window now

Hey America, notice any similarity in their truth telling record?

Birds of a feather, gotta stick together. pic.twitter.com/TVO7MpMgQZ

This comment alone should be enough for your impeachment.

Speaking of hoaxes, Rush Limbaugh put people’s lives in danger by saying warnings about Hurricane Irma were fake news to promote climate change. He evacuated himself, proving how full of you know what he was.

The American people should be deeply outraged by Trump quoting Limbaugh and they should oppose his attacks on the men and women who uphold the rule of law and keep us safe every day.

Once again, Trump has demonstrated that he is unfit for the office he holds.