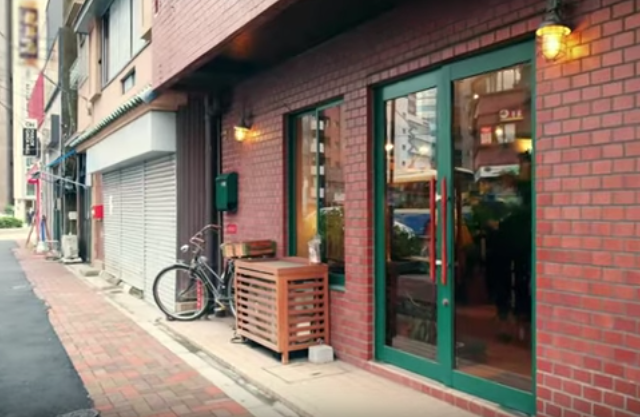 President Donald Trump’s 2020 campaign claims to love America so much, but if that’s the case, why did it feel the need to use footage of a foreign business to depict our nation?

Because that’s exactly what the Trump campaign did in an ad that has been airing over the last month.

The ad begins with footage of Washington DC as Trump proclaims “In America, we don’t worship government. We worship God.”

You know, red meat to pander to his conservative evangelical base that falls all over itself defending Trump’s extramarital affairs, his pathological lying and his total disregard for the Constitution and his various criminal behavior, which includes crimes against humanity because of his concentration camps for migrant children.

An image of a store-front then pops up, presumably representing an average main street mom & pop shop located in small towns across the country.

But the supporter isn’t the only thing that’s fake about the video. It turns out that the image of a store-front in “America” is actually from Japan.

According to Slate, which flagged the fake footage:

The only problem is that the shot of the small American business is actually stock footage from iStock of a storefront in Tokyo. If you look in the upper-left-hand corner of the campaign ad’s footage, you can see that a sign written in kanji appears to have been blurred out.

Sure enough, the footage can be found on iStock and Slate goes on to point out that this isn’t the first time Trump has been caught faking America in his ads.

The Trump campaign should be ashamed of itself for not even bothering to make sure they use real images and footage of America in their videos.