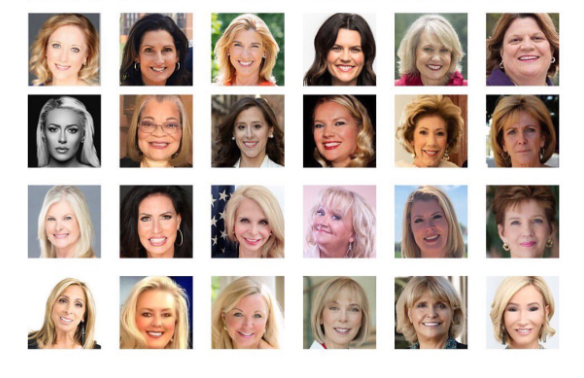 President Donald Trump and the Trump campaign attempted to counter the four Democratic women lawmakers of color known as “The Squad” with a group of mostly white women the campaign dubs the “Real Squad”, which resulted in immediate backlash and humiliation.

“The Squad” includes Reps. Alexandria Ocasio-Cortez (D-N.Y.), Ilhan Omar (D-Minn.) Rashida Tlaib (D-Mich.) and Ayanna Pressley (D-Mass.), whom Trump targeted in a racist tweet last week telling them to go back to the countries they came from even though all are American citizens and three of the four were born right here in the United States.

Trump has since doubled down on his racist attacks against the four women, and now members of his campaign are desperately trying to steal the “Squad” brand as their own, all while featuring white women as the majority with four token women of color.

Women stand with President @realDonaldTrump and nothing will stop @TeamTrump from winning again.

And Democrats can NEVER tell us otherwise.

As a woman, please allow me to just say NO.

The partial list of “The Abused Women of Trump”–many of the women who were assaulted and raped by Donald Trump
The list is much, much longer than this! pic.twitter.com/vLrUyFu7u9

Serena Waterford types, all of you.

Anyone else notice how like 80% of them are bleach blonde?! Lol

Wow the wives of the one percenters. Why wouldnt they be for Trump . He gave them a fantastic tax cut . And put it on the deficit for middle class to pay.

When you stand with him be sure to protect your lady parts. pic.twitter.com/vWTTZTlVAw

How much self-loathing does it take to be a “Woman for Trump”?

Asking for a friend.

It should be pointed out that 65 percent of women disapprove of the way Trump is doing his job. Furthermore, a majority of Americans support “The Squad” more than Trump’s racism.

Trump and his campaign’s attempt to co-opt “The Squad” moniker for “Women for Trump” smacks of desperation and is pathetic.