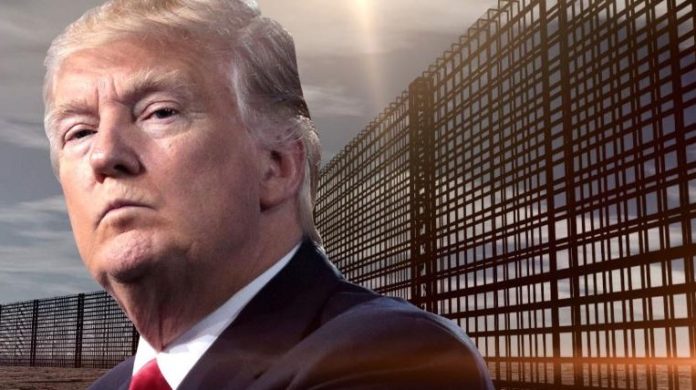 President Donald Trump is once again trying to use a fear tactic to get Americans to support his wall, the same caravan warnings that contributed to the Republican losses in the 2018 midterm election.

As the government shutdown continues into its fourth unprecedented week, a desperate Trump woke up on Tuesday morning and lied his ass off in an effort to scare the American people into supporting a wall on the southern border.

A big new Caravan is heading up to our Southern Border from Honduras. Tell Nancy and Chuck that a drone flying around will not stop them. Only a Wall will work. Only a Wall, or Steel Barrier, will keep our Country safe! Stop playing political games and end the Shutdown!

Not content with scare tactics, Trump then falsely claimed that the polls are on his side.

Polls are now showing that people are beginning to understand the Humanitarian Crisis and Crime at the Border. Numbers are going up fast, over 50%. Democrats will soon be known as the Party of Crime. Ridiculous that they don’t want Border Security!

The problem with the first tweet is that we’ve heard this bullsh*t before. Fear mongering over a caravan of migrants fleeing their homeland in Central America is something Trump repeatedly did on the campaign trail leading up to Election Day in November, much to the chagrin of Republicans who really wanted Trump to talk about something else. And they were right to be concerned because Trump’s tactic backfired as the GOP lost control of the House and barely held on to the Senate as a blue wave swept the nation.

As soon as the election ended, the caravan issue magically disappeared and we hardly heard about it again until Trump started bragging about stopping it on Twitter, thus undermining his demand for a wall in the process.

Apparently, the caravan was stopped the first time and border security is “tight.” That means a wall is totally unnecessary.

As for the second tweet, the poll numbers are most certainly not on Trump’s side. In fact, they are disastrous for him and the GOP.

A new Quinnipiac poll reveals that a majority of Americans believed House Speaker Nancy Pelosi (D-Calif.) and Senate Minority Leader Chuck Schumer (D.N.Y.) more than they believed Trump when he addressed the nation from the Oval Office last week. In fact, most Americans blame Trump and Republicans for the shutdown and rejected every single argument Trump has made for his wall and rebuked the idea of a wall completely by strong margins.

In short, Trump is lying, as usual, to make it appear that the American people are on his side.

But they very clearly oppose him and his wall and blame him for the shutdown.

This pathetic desperation has gone on long enough. Senate Republicans must insist the Trump give up this wall fight and re-open the government. His lies and stubbornness are hurting the country and damaging the Republican Party, increasing the likelihood that they will lose big in 2020 if they don’t grow a spine and stand up to the wannabe dictator in the White House. It’s for his charade to end.