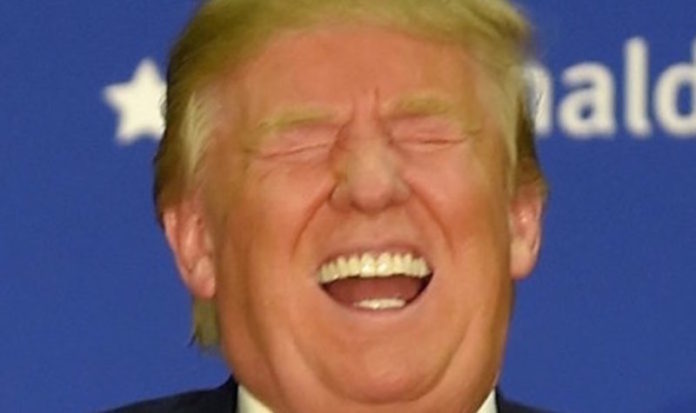 In a sweeping ruling issued by U.S. District Court judge Reed O’Connor of Texas, the Affordable Care Act (ACA) was struck down as unconstitutional Friday evening, and President Donald Trump thought it would be a good idea to go on Twitter and celebrate the ruling, which could strip healthcare away from tens of millions of Americans.

The opinion, which will likely be appealed, states that since the individual mandate which requires every American have insurance has been repealed by Congress, the entire Obamacare law must be deemed invalid:

Also at danger as a result of Judge O’Connors ruling: The mandate that all insurance policies be issued to those with preexisting medical conditions without any additional charge.

Yet despite the fact that the ruling endangers healthcare for millions, Trump sounded giddy in two tweets he fired off Friday evening:

As I predicted all along, Obamacare has been struck down as an UNCONSTITUTIONAL disaster! Now Congress must pass a STRONG law that provides GREAT healthcare and protects pre-existing conditions. Mitch and Nancy, get it done!

Wow, but not surprisingly, ObamaCare was just ruled UNCONSTITUTIONAL by a highly respected judge in Texas. Great news for America!

Great news? People may be about to lose their health insurance and be discriminated against for having diabetes or high blood pressure, and that’s a reason to celebrate? As usual, this president only thinks about himself; the rest of us are expendable.

Trump got significant resistance from others on social media for his Twitter victory dance:

I thought you were going to have the best health care plan? Where is it?

Wrong. The GOP removed the mandate last year. The plan all along was to do away with the ACA. Destroying America is the one thing Trump and the GOP are good at.