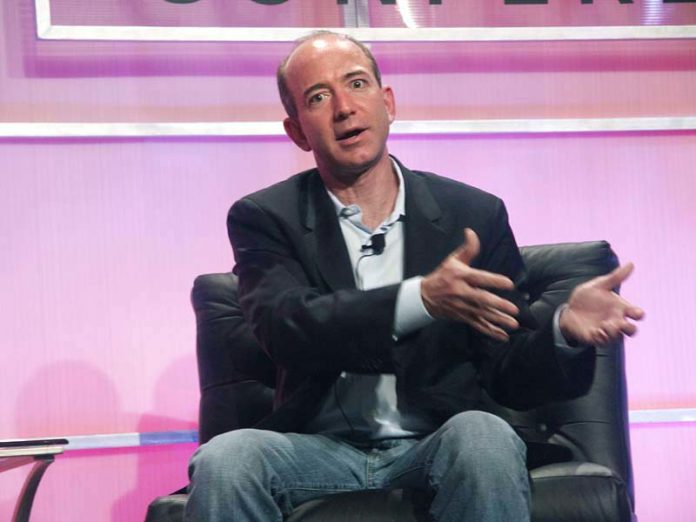 President Donald Trump insulted Amazon founder Jeff Bezos on Sunday night in a tweet attacking the Washington Post that he doesn’t seem to realize hurts him a whole lot more than the wealthy entrepreneur.

Bezos is currently going through a divorce from his wife of 25 years, MacKenzie, who will now get roughly half of her husband’s vast $137 billion fortune.

Recently, it has been revealed that Bezos has a mistress and that he sent her explicit text messages that have also been revealed.

And Trump seems to think that the photos will take Bezos down and the Washington Post with him.

So sorry to hear the news about Jeff Bozo being taken down by a competitor whose reporting, I understand, is far more accurate than the reporting in his lobbyist newspaper, the Amazon Washington Post. Hopefully the paper will soon be placed in better & more responsible hands!

Bezos still owns a large stake in Amazon and owns the Washington Post. He and his soon-to-be ex-wife have, thus far, maintained a united front and she very well could agree to a settlement that does not require Bezos to transfer any of his shares to her. Until a settlement is made, Trump is jumping the gun. He’s also being a first-class a**hole by using a childish playground insult to attack him on Twitter. This is the pathetic man who just days ago whined about being called a “motherf***er” by a Democratic congresswoman, yet he resorts to name-calling to kick a man when he’s down, a man who is still going to be worth more than him even if he loses half of his assets.

And it doesn’t mean the Washington Post will be sold either. The couple could own the paper jointly without any changes.

Furthermore, the “competitor” Trump speaks of is the National Enquirer, which first released the text messages and images that will likely make the divorce more difficult for both parties.

It should be pointed out that the National Enquirer flipped against Trump and his former lawyer Michael Cohen, and confirmed that Trump directed and coordinated the illegal hush money payoffs to two women he cheated on First Lady Melania Trump with to hide his affairs from the public in the final weeks of the 2016 Election.

So, it’s ironic that Trump is calling them “more accurate” than the Washington Post. Basically, he just admitted the tabloid is telling the truth about his involvement in campaign finance felonies.