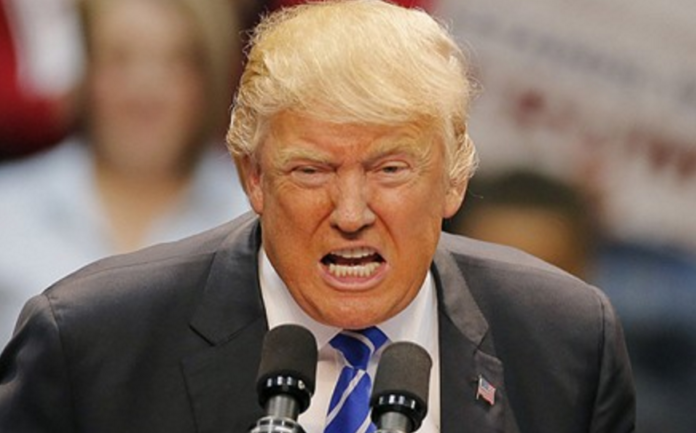 President Donald Trump is absolutely convinced that his former attorney, Michael Cohen, has written a tell-all book that’s about to be published, despite there being no evidence to support such a belief.

The brand new manuscript for a new book by failed lawyer Michael Cohen shows his testimony was a total lie! Pundits should only use it.

Trump also referred to a “book manuscript” on Friday, though he offered no proof then, either:

Michael Cohen’s book manuscript shows that he committed perjury on a scale not seen before. He must have forgotten about his book when he testified. What does Hillary Clinton’s lawyer, Lanny Davis, say about this one. Is he being paid by Crooked Hillary. Using her lawyer?

As Politico reports, there have been suggestions in the past that Cohen may be writing a book, but no confirmation:

“During congressional testimony this week, Republicans pressed Cohen on whether he had a book deal lined up. Cohen would not rule out that possibility. However, Cohen’s potential publisher has said it ‘never saw a manuscript’ and a lawyer for Cohen said the book never went beyond a preliminary proposal.”

But despite that, Trump seems obsessed with the idea that a manuscript exists or a book is soon to hit shelves. That, only raises more questions, such as:

Look at you still whining like a little b*tch. Everything Cohen said about you had documents to back it up. And your little freak out today at CPAC proves it’s all true. Mueller’s coming. But so is the SDNY. Tick Tock

Here’s a thought – instead of hiding behind your phone, what if you voluntarily submitted yourself before Congress for questioning under oath? I mean…you have nothing to hide and always tell the truth. Right?

Cohen finally decided to tell the truth about what he did as your lawyer. When you call him a “failed lawyer” you essentially admit to the breadth and depth of your corruption.

Expect more enraged tweets next week as Cohen is due back on Capitol Hill for additional testimony.