The United States Blues
Home National News Trump claims asking to see his tax returns is a violation of... 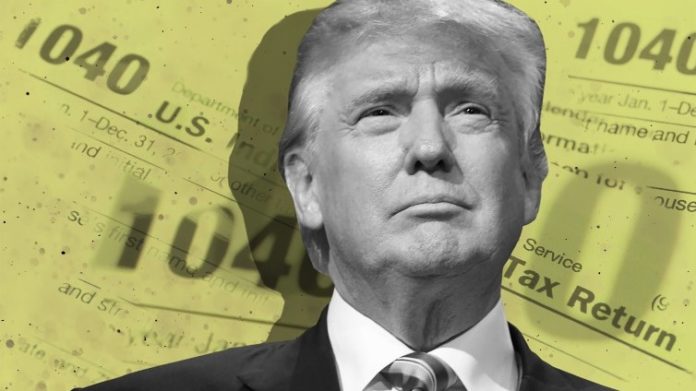 President Donald Trump is terrified of anyone seeing his tax returns. He has repeatedly fought any attempts by Congress to acquire his taxes or tax documents, and now he’s in court again to try and stop the release of his taxes.

This time, Trump is suing the House Ways and Means Committee and New York state officials. New York recently passed a law which allows its tax commissioner to release Trump’s state returns to Ways and Means or the Joint Committee on Taxation.

But one thing is very different this time: Trump is claiming that asking to see his tax returns violates his First Amendment rights.

Trump alleges that the only reason the House Ways and Means Committee, New York state or any Democrats want his tax returns is to punish him for his political speech, which violates the First Amendment. Trump does this by pointing out that during the election people like Hillary Clinton said his tax returns might contain damaging information, including that he might not be as rich as he says he is and that the American people didn’t know all of his business dealings.

The suit even quotes Rep. Lloyd Doggett (D-TX) for remarking that “the public has an interest in knowing of the president’s personal and business affairs.” Doggett also noted that the president would “benefit personally” from tax reforms and has “conflicts with and entanglements with foreign governments and potential violations of the Emoluments Clause.”

All of those things Congressman Doggett cited are true, of course, but Trump has his attorneys arguing that it’s an attempt to silence him. That makes no sense, but keep in mind we’re talking about Donald Trump.

Oh, and there’s also the standard line in the lawsuit arguing that “this issue was litigated in the 2016 election.” Apparently if you’re elected even though you didn’t release your taxes, that means Congress cannot perform oversight. It’s almost as absurd as Trump’s whining that he’s been treated worse than any president in history. It seems he forgot the disgusting things he said about his predecessor, Barack Obama.

The reason Congress wants the president’s taxes has nothing to do with free speech or animosity. It’s because they have the right to them and also because they want to know if Donald Trump is compromised by a foreign country or country, i.e. Russia or Saudi Arabia.

As has been clear from the beginning, there’s potentially something damaging in Trump’s tax returns, and that explains his desperation to keep them hidden. But as we’ve learned from history, all things shrouded in darkness are eventually exposed to the light.