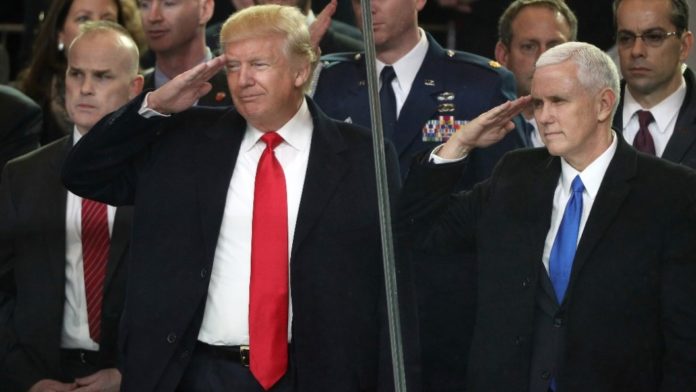 One of the most important duties of any president is serving as commander-in-chief of America’s armed forces, especially troops serving in war zones such as those in Afghanistan and Iraq.

And yet, President Donald Trump has been in office for two years and hasn’t yet bothered to visit with American warriors in the field. But he says it’s because he’s been too busy.

Speaking with the Associated Press this week, Trump said:

“I’ve been very busy with everything that’s taking place here.”

He added that he doesn’t think such a visit with troops putting their lives on the line is “overly necessary.”

Rather than explain his position, Trump then went on a self-congratulatory rant, patting himself on the back for the current state of the American economy:

“We have the greatest economy in the history of our country. I mean, this is the greatest economy we’ve ever had, best unemployment numbers. Many groups are, you know, we’ve never even been close to these numbers. I’m doing a lot of things. I’m doing a lot of things. But it’s something I’d do. And do gladly. Nobody has been better at the military. Hey, I just got them a pay raise. I haven’t had a pay raise in 11 years. I just got them a substantial pay raise. ‘They’ meaning our military people. I just got them new equipment. They have stuff that was so old that the grandfathers used to fly it. I have done more for the military than any president in many, many years.”

There was also the obligatory fear mongering by the president as he insisted that American forces have to be spread all over the globe or the homeland won’t be safe:

“The main thing I have to see is, I have to see safety at home. If I think people are likely to do some very bad things in faraway places to our homeland, I’m going to have troops there for a period of time.”

You have to wonder if perhaps Trump doesn’t visit our brave men and women in uniform in battle zones because he’s a coward. Sure, he went to military school, but he’s never worn the uniform or served anyone other than himself.

We won’t hold our breath waiting for Trump to grow a spine. That’s another thing he’s never had a trace of.