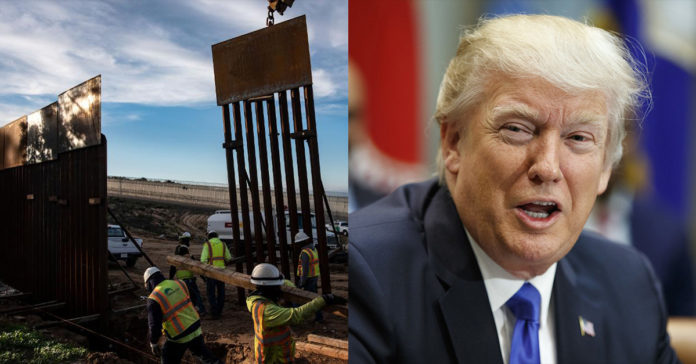 According to President Donald Trump, he’s already building his long-promised border wall even though he hasn’t received any money from Congress for construction.

Which makes you wonder: If the wall is under construction and Trump doesn’t need appropriations from Congress for that purpose, why is the government still shut down?

Sunday on Twitter, Trump posted this bizarre claim about the wall:

Don’t forget, we are building and renovating big sections of Wall right now. Moving quickly, and will cost far less than previous politicians thought possible. Building, after all, is what I do best, even when money is not readily available!

Wow! Talk about opening yourself up for ridicule! Here’s just a few things that come to mind after reading that tweet:

Here’s where your logic falls flat. If you’re already building and renovating big sections of the wall right now (why is wall capitalized?), you’re moving quickly and it costs far less money, then why do you want $5.7 billion? You’re not making sense 45.

No, Sweetie, BANKRUPTCY is what you do best.

If it “will cost far less” why are you still holding 800,000 #FederalEmployees hostage over money you said and wrote you were getting from #Mexico?

Here’s why your wall will ‘cost less’ than other projections: Because. it’s. never.going. to. be.built.

When money is not available you just ask for another loan from Russia, stiff the people actually doing the work, and pocket the money.

So we already have a wall? Why do you need $5.7 billion dollars to build what is already there?

Fact check: “Border barriers have been built. So far, those barriers are … replacements of other, existing fencing that was already in place. None of the new barriers use the designs that emerged from the construction of prototype “walls” in San Diego.” https://t.co/x3pU1zgBWP