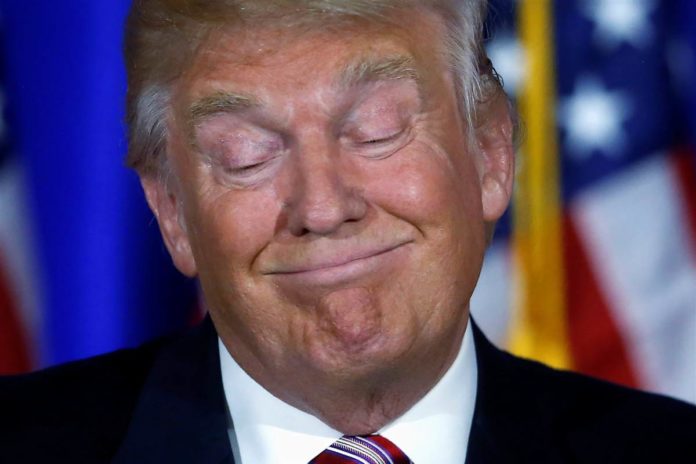 President Donald Trump thinks he and his 2016 campaign have been completely exonerated of conspiring with Russia to rig the election, and he’s trumpeting that incorrect assumption all over social media.

Both the Judge and the lawyer in the Paul Manafort case stated loudly and for the world to hear that there was NO COLLUSION with Russia. But the Witch Hunt Hoax continues as you now add these statements to House & Senate Intelligence & Senator Burr. So bad for our Country!

But like so many things this president claims, that’s simply not true. Judge Ellis merely said his sentence was not based on information that came from the Russia probe and was instead focused solely on financial crimes committed by Manafort. Also, Trump’s citing of an attorney working for Manafort is clearly not valid because defense lawyers always try to spin the story to benefit their client.

And Manafort is far from in the clear. He faces another judge next week on even more serious charges and could receive an additional ten years incarceration that may have to serve consecutive to the four he was given Thursday. That would increase his sentence to 14 years, which would be significant time for a 70-year-old man.

The judge stated that the charges are not related to Russia. He did not say there was no collusion with Russia. How the heck would he even know that? This was a tax evasion case.

That’s actually not what happened or what the case was about at all – it covered Manafort’s fraud.

When it comes to collusion, why was your campaign talking to Roger Stone about incoming Wikileaks? https://t.co/ghhwoBFj0D

The judge actually said no such thing. The judge even noted the case before him had nothing to do with the Russia investigation.

This is propaganda from Trump.

This is how pathetic you are: you’re trying to convince us of your innocence by quoting Paul Manafort’s lawyer. You’re a truly special kind of fool… #Trump

He didn’t say that, and if you ask someone with a law degree, they’ll tell you that. I’m sure you have one or two of those folks at your disposal.