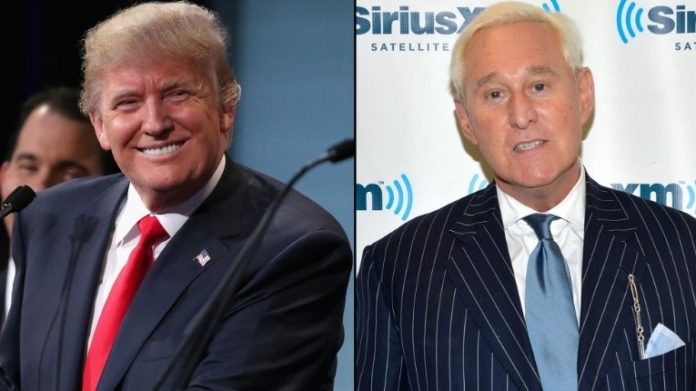 It appears that President Donald Trump is bound and determined to turn his longtime friend and adviser, Roger Stone, into nothing but a coffee boy now that he’s been indicted.

Saturday evening, Trump posted two bizarre tweets that seem to have been written for no other purpose than to distance him from Stone, who is charge with obstruction, making false statements, and witness tampering:

CBS reports that in the Roger Stone indictment, data was “released during the 2016 Election to damage Hillary Clinton.” Oh really! What about the Fake and Unverified “Dossier,” a total phony conjob, that was paid for by Crooked Hillary to damage me and the Trump Campaign? What…

….about all of the one sided Fake Media coverage (collusion with Crooked H?) that I had to endure during my very successful presidential campaign. What about the now revealed bias by Facebook and many others. Roger Stone didn’t even work for me anywhere near the Election!

Wow! Trump managed to get some of his favorite tropes into those three tweets: Hillary, the Steele dossier, and the “fake media.” But as is always the case with Trump, the truth is far from what he alleges, and that’s what social media reminded the president of:

Unlike emails Russia hacked to help Trump get elected, the dossier released January 2017, after the election was over. And there’s a difference between an independent contractor producing a report legally & KGB hacking.

But nice try at false equivalence.https://t.co/tG0sjEdBlk

Wow. Can you possibly sound any more terrified, panicked, desperate and GUILTY? #Trump

Important background information: The Steele dossier came out two months after the election.

You conveniently forget the Steele Dossier was originally commissioned by a Republican opponent. If you’re going to rant, rant all of it.

Never met the guy. Have no idea who he is. pic.twitter.com/Fy5KuYUgWV