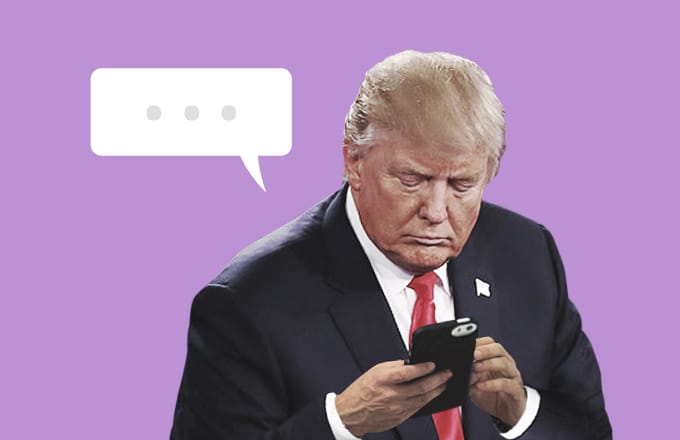 President Donald Trump currently has 56.3 million followers on Twitter but apparently thinks he should have tens of millions more, so he’s decided that social media is biased and controlling the people who are allowed to follow him.

So the president decided to complain about the situation…on Twitter:

Facebook, Twitter and Google are so biased toward the Dems it is ridiculous! Twitter, in fact, has made it much more difficult for people to join @realDonaldTrump. They have removed many names & greatly slowed the level and speed of increase. They have acknowledged-done NOTHING!

What exactly does “They have removed many names & greatly slowed the level and speed of increase” even mean? It sounds like something a fifth-grader who barely understands the internet would use on an exam in order to confuse the teacher in the vain hope of getting partial credit.

Apparently, just because social media platforms refuse to allow neo-Nazis, alt-right extremists, and other right-wing nutjobs to spread their hatred, Trump and his amen choir over at Fox think that’s proof of bias.

Fortunately, other members of the Twitterverse were only too happy to give Trump a nice slap down for his ignorance:

The World in turmoil, 17 investigations of him and his family, and thirsty Donald woke up OBSESSED with the number of people who follow him on social media. pic.twitter.com/EnIFHJAuOg

They also allow you to keep violating the user agreement by threatening violence, so maybe call it even?

The Most Powerful Person on Earth is once again crying on the internet that he doesn’t have as many followers as he thinks he deserves.

Obama still has over 100 million. Ha.

Someone needs to change Grandpa Donald’s diaper and put him down for a long nap.