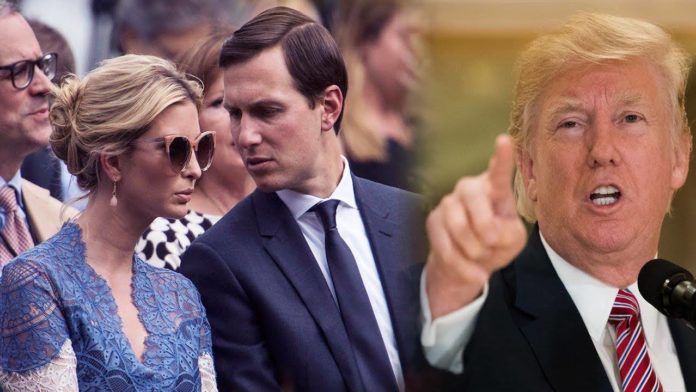 You may have noticed that things are not going well in the Trump White House. Whether it’s the endless scandals, resignations, or the lack of legislative achievements, President Trump’s 2018 is already off to a very bad start.

What, you may wonder, will Trump do to try and restore some semblance of order to the West Wing? Fire a bunch of people, of course.

Gabriel Sherman of Vanity Fair is reporting that Trump is on the verge of ousting Ivanka, Jared, and Chief of Staff John Kelly in the coming weeks, hoping he can get a sort of reset that will allow him to better govern:

“‘Trump is in command. He’s been in the job more than a year now. He knows how the levers of power work. He doesn’t give a fuck,’ [one] Republican said. Trump’s decision to circumvent the policy process and impose tariffs on imported steel and aluminum reflects his emboldened desire to follow his impulses and defy his advisers. ‘It was like a fuck-you to Kelly,’ a Trump friend said. ‘Trump is red-hot about Kelly trying to control him.'”

When in doubt, Trump figures he’ll clean house and see if that helps, because he cannot stand to admit that his administration is stuck in neutral because of anything he’s done:

“According to five Republicans close to the White House, Trump has diagnosed the problem as having the wrong team around him and is looking to replace his senior staff in the coming weeks. ‘Trump is going for a clean reset, but he needs to do it in a way that’s systemic so it doesn’t look like it’s chaos,’ one Republican said.”

Also on the list of possible insiders to get the boot: National Security Adviser H.R. McMaster, who will probably be replaced by former U.N. Ambassador and perpetual loose cannon John Bolton.

But would the president go so far as to kick Jared and Ivanka to the curb? Doesn’t he value family above all? Yes, but he’s also terrified of what may happen if he loses the midterms: Impeachment.

However, if Trump thinks he can start firing people left right without giving the appearance of complete chaos, then he’s even more delusional than we ever imagined.