The United States Blues
Home News Trump: Congress Should Give Me Money For The Wall Because It Won’t... 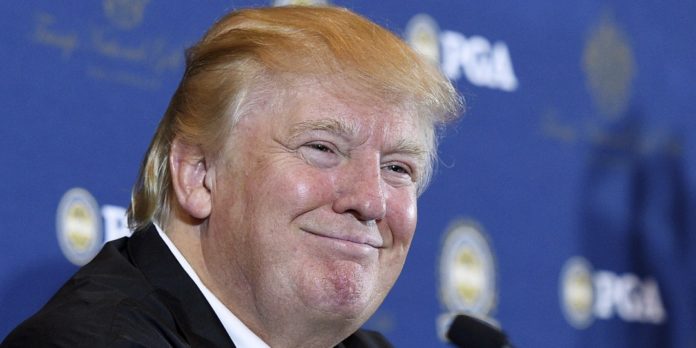 Now that looks like Congress will not give President Donald Trump a thin red dime for his oft-promised border wall, Trump is trying to convince us that he’s not really building a wall in he traditional sense, meaning that he can be trusted with $5 billion or so.

Yes, since the wall won’t be made of concrete, Trump argued Tuesday evening on Twitter, it’s not really a wall, so Congress should fork over the money:

The Democrats, are saying loud and clear that they do not want to build a Concrete Wall – but we are not building a Concrete Wall, we are building artistically designed steel slats, so that you can easily see through it….

….It will be beautiful and, at the same time, give our Country the security that our citizens deserve. It will go up fast and save us BILLIONS of dollars a month once completed!

Just as an update, here’s where we’ve come from to where we are now:

But not everyone on social media was willing to accept Trump’s deeply flawed logic and follow him down his latest rabbit hole:

1. They are saying “loud & clear” that they will not appropriate money for a new physical wall, not specifically a concrete wall
2. Why are “concrete” & “wall” capitalized?
3. Artistic…ooh..lah-dee-dah#FuckingMoron

Well, in that case, go get a grant from the National Endowment of the Humanities to build your work of art.

So, you want to install a $22 billion set of venetian blinds at the border?

Here’s a thought: Maybe we can just make a trip to Target, grab us some nice drapes, and put those up. They’ll flow in the wind and create such a beautiful effect. Wind chimes would also be nice, don’tcha think?