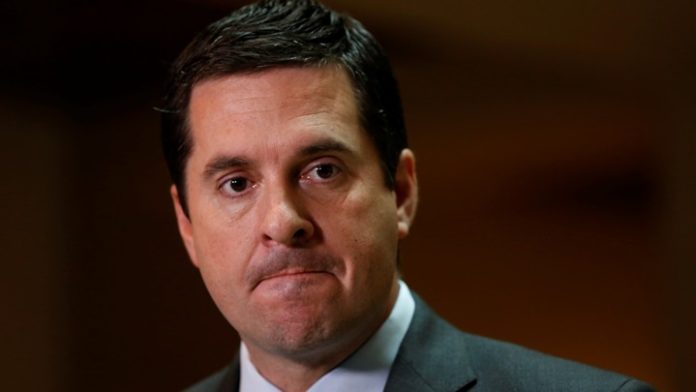 It appears that Director of National Intelligence (DNI) Dan Coats will soon be replaced by President Donald Trump, according to Politico, which notes that Trump has been meeting with Rep. Devin Nunes (R-CA) the ranking Republican on the House Intelligence Committee to discuss possible successors to Coats:

Nunes, who grabbed national attention with his controversial allegations of Obama administration surveillance abuses, met with Trump and other senior White House officials last week to discuss who could take over for Coats at the Office of Director of National Intelligence, according to three people familiar with the get-together.

Coats, who has been DNI since Trump first took office, has reportedly fallen out of favor with the president for public testimony he gave regarding North Korea, Iran, and Syria which was directly at odds with things Trump had told the press regarding foreign policy.

And while most of the speculation about who might replace Coats has focused on Fred Fleitz, a former CIA analyst who served as national security adviser John Bolton’s chief of staff and Sue Gordon, who is currently a top deputy to Coats, there is also speculation that Nunes himself might be chosen by Trump to be the next DNI:

Some on Capitol Hill and in the intelligence community think Nunes himself could be in the mix for an intelligence post, even if it’s not at ODNI.

“The president would certainly consider Devin Nunes for the director’s position and I eventually see him serving in some capacity in this administration,” said one member of Congress who speaks to Trump frequently. He noted, however, that he sees “all of Devin’s efforts being directed towards a reelection effort in Congress.”

Such a move, however, might lead to a mass exodus of intelligence officials from the Office of National Intelligence, which could prove devastating for the agency.

Nunes has spun wild conspiracy theories about the Obama administration “unmasking” Trump associates whose names were gathered by intelligence agencies monitoring the communications of foreign operatives during the 2016 campaign. He has also been exceptionally critical of FBI and its counterintelligence operations.

The California Republican is a favorite of Trump’s, who has described Nunes as “a true American Patriot the likes of which we rarely see in our modern day world” and “a man of tremendous courage and grit,” saying he “may someday be recognized as a Great American Hero for what he has exposed and what he has had to endure!”

But if Nunes is nominated to be DNI, he would likely face a brutal confirmation battle in the U.S. Senate, which must vote to approve whoever Trump decides should be a replacement for Coats.