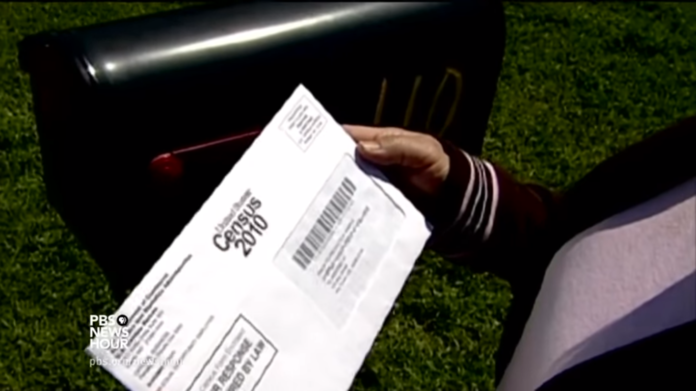 In a move that critics are calling “unconstitutional,” President Donald Trump added a question to the 2020 census that asks people if they are United States citizens or not.

The Commerce Department announced the addition of the question on Monday after Trump’s 2020 campaign sent an email to supporters asking them if they are on his side on this issue.

According to CNN, the email asked:

The Justice Department originally requested the addition of the citizenship question last year.

Opponents of the question say that it’s designed to scare immigrants into remaining silent so they won’t be counted as part of the population, which would likely reduce the population in some states such as California and reduce the state’s representation in Congress and the number of electoral votes it can cast in presidential elections, not to mention the loss of federal funding that is tied to census data.

But the Constitution only mandates that the census count every person. It doesn’t say that everyone needs to answer specific questions such as whether or not someone is a citizen.

And that’s why Trump’s question is being challenged, including by former Attorney General Eric Holder.

Constitution does not require citizenship question. This is purely political. Trump Administration is trying to rig the 2020 Census (to protect gerrymandering) by intimidating people. Don’t be fooled-some states will unfairly lose funds and representation. We will sue. https://t.co/2R3mZ0FQSp

California is also suing the Trump administration over the question and filed a lawsuit on Monday.

“It is long settled that all persons residing in the United States — citizens and non-citizens alike — must be counted to fulfill the Constitution’s ‘actual Enumeration’ mandate.”

“Guess what? You have a right to remain silent. The census taker comes to your door, say ‘Bye-bye, I’m here, I’m alive, one person, five people in the house — leave us alone.’”

When asked if the Constitution is on California’s side, Napolitano simply answered “yes” and proceeded to repeat his previous statement.

Basically, all anyone is required to do on the census is answer how many people live in the household. That’s it. That’s all the Constitution mandates.

But Trump and his cronies are trying to hurt blue states and persecute immigrants at the same time by adding a citizenship question to the 2020 census. Their effort is clearly partisan and racist and has nothing to do with counting the total population of the United States.

If Trump has his way, the 2020 census could have disastrous consequences for the country.