The United States Blues
Home News Trump could be making ‘hit list’ to target intelligence officials that are... 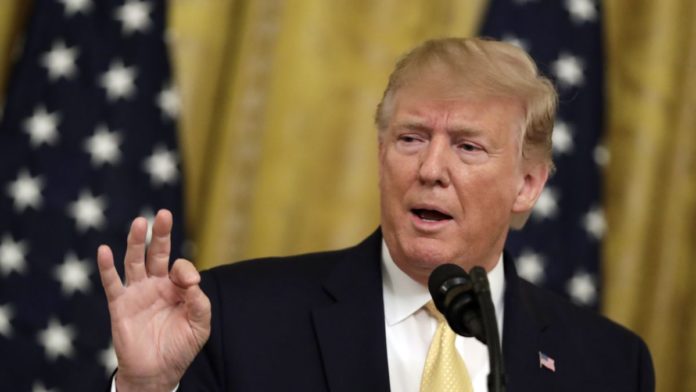 The White House has requested a list of the top employees at the Office of the Director of National Intelligence, sparking fears that President Donald Trump is preparing to oust them in favor of loyalists who will work for him instead of in the best interests of our country.

Trump’s relationship with intelligence officials has been rocky as he expects them to agree with him instead of providing factual assessments to Congress that often contradict his own statements.

For instance, FBI Director Christopher Wray has warned that Russia is still a threat to elections in the United States as Trump denies it.

CIA Director Gina Haspel and Director of National Intelligence Dab Coats both agreed that Iran was complying with the Iran nuclear deal Trump withdrew from, and both identified North Korea as a threat to our national security because they have not and likely will not surrender their nuclear weapons.

Of course, Trump flew into a rage against them for contradicting his claims about both nations even though he was lying and they were not.

Now Trump is forcing Coats out and wants to replace him with a sycophant who denies Russia is a threat and will likely agree with him on everything regardless of what the intelligence gathered says.

That confirmation process is going to be contentious in the Senate precisely for that very reason, which means it could take a while to replace Coats, meaning his successor would be Deputy Director Susan Gordon, who is not likely going to place our national security in jeopardy to play ball with Trump.

And that’s why Trump is apparently demanding a list of top intelligence officials so he can replace her and have an Acting Director who will do his bidding.

According to federal law, ODNI’s senate-confirmed second-in-command—the Principal Deputy Director of National Intelligence, currently Sue Gordon—steps in if the DNI departs. Gordon, who has spent decades in the Intelligence Community, is revered there and on Capitol Hill. But as a career intelligence official, she isn’t viewed as Team MAGA. And the White House is reportedly eyeing ways to put someone they trust in the top role after Coats departs.

That may not be as easy as it sounds. As Bobby Chesney of the University of Texas School of Law detailed at Lawfare, the law indicates that if both the DNI post and the post Gordon currently holds are vacant, then the president could choose from a fairly wide pool of people to take Gordon’s post and, therefore, become acting DNI. That includes any senate-confirmed officials in the executive branch, and any senior employee who’s been at ODNI for 90 days or more—in other words, anyone on the list the White House just requested from ODNI.

Clearly, Trump is looking to politicize the ranks of our intelligence community, which is generally non-partisan. These are career officials who have the experience America needs to combat threats against our nation. But Trump is actively seeking to install people loyal only to him and not to the United States. They would deny that North Korea and Russia are threats while pushing America to war with Iran.

Make no mistake, this breakdown in our intelligence community is how nations and democracies fall. If Trump has his way, that’s exactly what will happen to our country unless Congress steps up and does something about it. I’m looking at you, Senate Republicans.