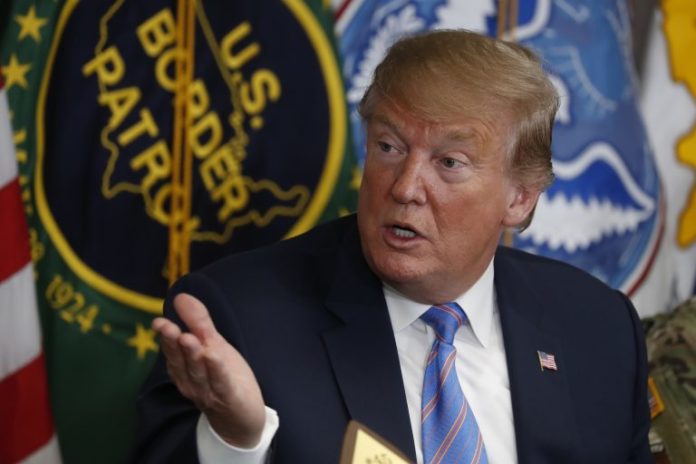 Just days after the head of the Immigration and Customs Enforcement (ICE) service said that cutting aid to Central America would only exacerbate the flow of immigrants seeking asylum in the United States, President Donald Trump has cut $370 million in aid to the nations of El Salvador, Guatemala and Honduras, according to Reuters:

Trump blasted the three countries because thousands of their citizens had sought asylum at the U.S. border with Mexico.

Lawmakers who opposed the plan said it was cruel to cut off aid to countries grappling with hunger and crime and that the move would be counterproductive because it would more likely increase the number of migrants than decrease it.

The State Department said the aid money will be “reprogramm(ed) to … other priorities.”

The @StateDept said no additional foreign aid will be provided for Honduras, Guatemala & El Salvador until they take “concrete actions to reduce the number of illegal migrants coming to the U.S. border.”

“Working with Congress, we’ll reprogram those funds to other priorities” pic.twitter.com/OQX6avaOvW

The move by the White House is likely to increase the flow of immigrants from Central America seeking asylum in the United States, a sort of cutting off one’s nose to spite one’s face in the areas of immigration and foreign policy.

“The information intelligence shows they are coming here largely for economic equality.

“We should still continue to work with the governments of the Northern Triangle countries to help them in any way they can.”

How exactly does cutting them off at the knees economically “help” things?

And Morgan isn’t the only friend of the administration who has urged more cooperation with countries in Central America. Senator Lindsey Graham (R-SC) said last week during a hearing of the Senate Judiciary Committee he chairs:

Instead, there will be nearly $400 million less. So where is Senator Graham’s outrage?

As usual, Trump is making a problem worse. He has no solution for anything. He only has  more hate, more lies, and more criminal acts.