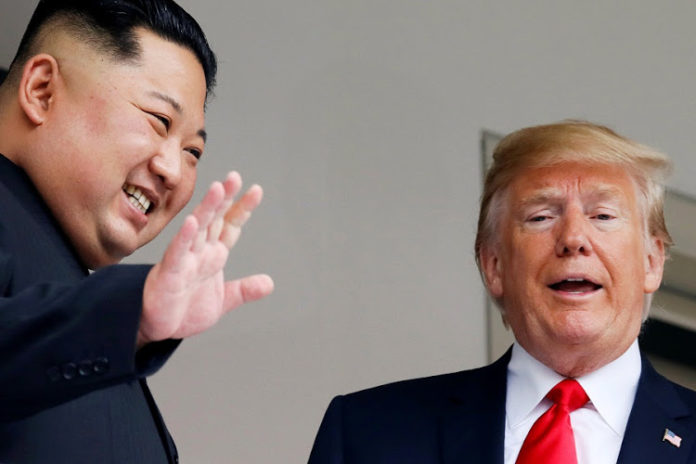 President Donald Trump is still being duped by North Korean dictator Kim Jong Un, and he proved it Saturday morning by dangling the lifting of sanctions despite the fact that Kim has no intention of surrendering his nuclear weapons.

Kim Jong Un has made it clear to Trump that the United States must lift sanctions before he will even consider denuclearization. That’s precisely why Trump’s second summit with Kim in Vietnam failed earlier this year.

In fact, North Korea has been threatening to end talks entirely.

But Trump is so desperate to make a deal with Kim Jong Un that he is now suggesting he will lift sanctions on North Korea and is bragging about how powerful Kim Jong Un is.

I agree with Kim Jong Un of North Korea that our personal relationship remains very good, perhaps the term excellent would be even more accurate, and that a third Summit would be good in that we fully understand where we each stand. North Korea has tremendous potential for…….

….extraordinary growth, economic success and riches under the leadership of Chairman Kim. I look forward to the day, which could be soon, when Nuclear Weapons and Sanctions can be removed, and then watching North Korea become one of the most successful nations of the World!

It’s pretty sickening to watch a United States president kiss a dictator’s a**.

North Korea has not only demanded sanctions be lifted, but that American military forces be withdrawn from the region.

The question is how far will Trump go to appease Kim Jong Un and will he put America at risk so he can pretend to get a win?

Because lifting sanctions without denuclearization and absolute confirmation on the ground could one day result in a mushroom cloud over an American city. And that will all be on Trump.