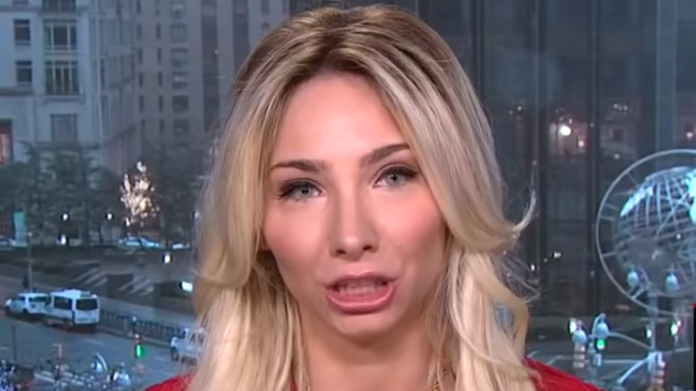 All of us recall Donald Trump repeatedly saying during the 2016 campaign that the border wall he planned to build would be paid for by Mexico:

Now, of course, Trump has changed his tune and is holding the entire federal government hostage unless he gets $5 billion in taxpayer funds to construct his wall.

And on CNN Saturday, one of Trump’s deluded supporters stumbled all over herself when asked about who will be paying for the wall.

Andrea Catsimatidis, New York state GOP regional vice-chairwoman, was interviewed by Christi Paul, who reminded her that some 800,000 federal workers are going without their paychecks while the president plays his childish game with their livelihoods:

“You’re dealing with week three of a shutdown, there are people who can’t afford rent, to buy food, clothes, to take care of children. So at the end of the day, President Trump hasn’t had to live paycheck to paycheck.”

Catsimatidis suggested that Democrats are to blame for the shutdown, and that led Paul to ask the logical follow-up question:

“But what happened to Mexico paying for the border wall?”

The Trump acolyte had to resort to one of the president’s talking points as a response:

“Well, President Trump didn’t say exactly how Mexico would pay for the border wall. They’re paying in other ways through the beneficial trade agreement.”

But the CNN host was ready for that line debate, slamming the door on Catsimatidis with this:

“If they’re paying in other ways, why does he need that much money for the border wall?”

Catsimatidis could only reply:

They’re paying in other ways, but it would be more beneficial for us to get the wall this way,

What?! What in the world does that even mean? If Mexico is paying for the wall, then the president doesn’t need taxpayer money. End of story. And if Mexico isn’t paying after all, then Trump has been lying the entire time. Considering that the man is a pathological liar, which of those two do you think is the most likely?