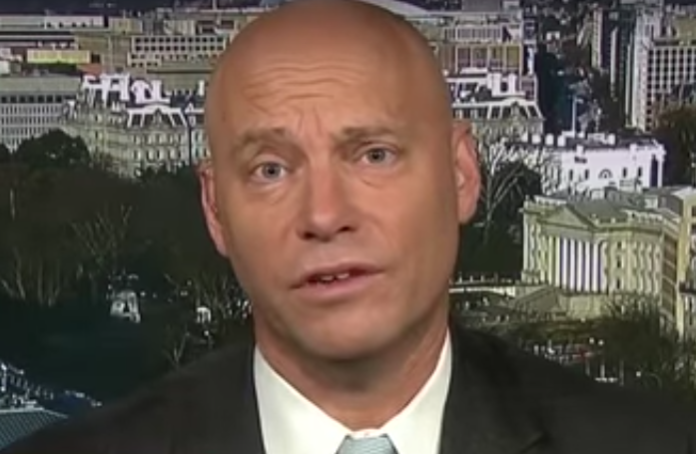 Despite National Intelligence Director Dan Coats, CIA Director Gina Haspel and FBI Director Christopher Wray all agreeing that ISIS has not been defeated and that North Korea remains a nuclear threat and that Russia is stepping up the cyber attacks against us, Trump basically called them liars in a pair of Twitter rants.

Not long after, former Trump official Marc Short had a lot of explaining to do on CNN to clean up Trump’s mess, and he failed miserably.

CNN host John Berman began by pointing out that the intel chiefs contradicted all of Trump’s claims, including his claim that Iran has not complied with the terms of the nuclear deal he withdrew from last year. And he wanted to know how the contradictions are hitting Trump right now.

Short laughably insisted that Trump gets along well with the intelligence community and that his relationship with his intelligence chiefs is “strong.”

Camerota then demanded to know why Trump doesn’t believe his own team if what Short says is true.

“Marc, why doesn’t he believe them?” she asked.

Short said that Trump is merely “exaggerating” when he claims ISIS has been defeated, but also said he believes what Coats said is true as well, clearly trying to have it both ways.

The problem is that both Trump and Coats cannot be right. Coats says that thousands of ISIS fighters remain. That means they are not defeated. Period.

Camerota then challenged him on North Korea.

“Is North Korea denuclearizing?” she asked.

“No, North Korea’s not,” Short reluctantly admitted. “I think the intelligence community has been pretty upfront about it.”

“So why is the president saying that it is?” Camerota replied.

Short evaded the question by boasting about North Korea not firing any missiles or conducting nuclear tests, ignoring the fact that North Korea is just duping Trump because it’s likely they’ve conducted all the tests they need.

In the end, both hosts criticized Trump for lacking nuance, to which Short could only respond with a nervous laugh and say that Trump is just “being Trump.”

But defending Trump for just “being Trump” is unacceptable. He is blatantly ignoring the threats that exist while insisting that everything is fine as our intelligence chiefs tell the Senate that things are most definitely not fine.

Should we believe the intelligence community or the man who has lied over 7,000 times since taking office? If we truly care about keeping America safe, we should believe our intelligence chiefs, especially since they are Trump’s own appointees.