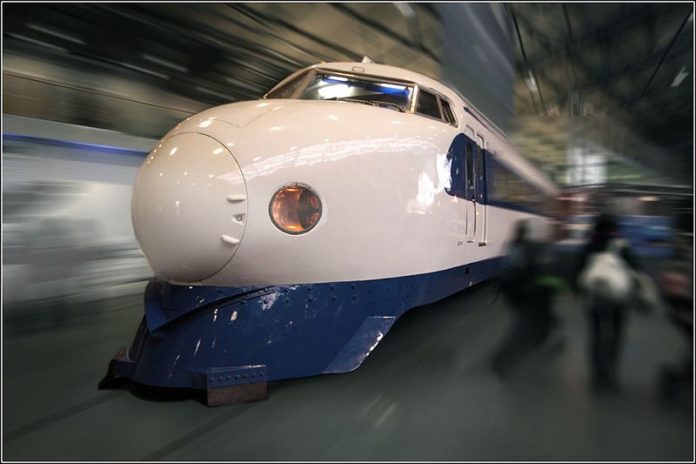 President Donald Trump targeted the state of California again, this time demanding the return of federal dollars appropriated for the construction of a bullet train project. And Governor Gavin Newsom swiftly fired back at Trump’s lying and bullying.

In his State of the State address this week, Newsom announced that he would be scaling back a high speed rail project that began under his predecessor former Governor Jerry Brown, temporarily delaying two legs of the project due to oversight and transparency concerns while vowing to complete the first leg in the Central Valley.

Despite this fact, Trump took to Twitter on Wednesday night to gloat about the delay of the project, but claimed that it had been canceled and proceeded to demand California return billions of federal dollars to the government, all while taking yet another shot at the Green New Deal that would fund many of the same projects across the country:

California has been forced to cancel the massive bullet train project after having spent and wasted many billions of dollars. They owe the Federal Government three and a half billion dollars. We want that money back now. Whole project is a “green” disaster!

Again, California did not actually cancel the bullet train project. Two legs are delayed to sort out some issues and the third leg is on schedule. There’s nothing disastrous about it. Also, California still intends to use federal dollars to fund the project.

In response to Trump’s tweet, Newsom slammed him for peddling “fake news” and humiliated Trump by wondering if he is just desperately trying to get money for his wall, which would be far more ineffective than a high-speed rail system:

This is CA’s money, allocated by Congress for this project. We’re not giving it back.

The train is leaving the station — better get on board!

Trump has been attacking California since he took office, most recently by considering stealing disaster relief funds meant for wildfire victims to pay for his wall. Trump has also threatened to keep the state from getting any federal funding because he thinks Californians aren’t raking enough leaves to prevent forest fires.

It’s pretty obvious that he holds a grudge against the state for voting for Hillary Clinton in 2016 instead of him, but that’s no reason to bully a state, especially a state with a massive budget surplus that actually cares about helping its citizens.

The fact is that California is building this high-speed rail project and it will be the envy of every state in the nation once they learn how efficient it makes traveling. Newsom merely wants to make sure the project is done right without wasteful spending. Trump is just jealous because Californians support a project that will benefit people instead of his useless vanity wall.