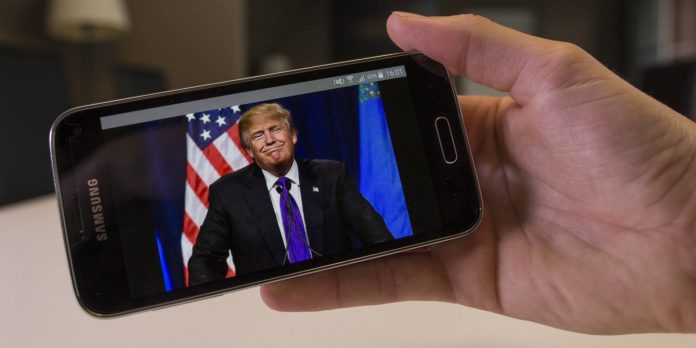 President Donald Trump is telling U.S. companies to begin rolling out 5 and 6G wireless technology immediately, even though 5G has yet to be perfected and it’s estimated 6G won’t be available until at least 2025.

On Twitter Thursday morning, the president demonstrated his lack of tech savvy with two posts:

I want 5G, and even 6G, technology in the United States as soon as possible. It is far more powerful, faster, and smarter than the current standard. American companies must step up their efforts, or get left behind. There is no reason that we should be lagging behind on………

….something that is so obviously the future. I want the United States to win through competition, not by blocking out currently more advanced technologies. We must always be the leader in everything we do, especially when it comes to the very exciting world of technology!

5G is in its infancy, but Trump wants 6G RIGHT NOW!

Listen to this… 10G. pic.twitter.com/c4YJjlHUzf

6G lol, “we also want time machines, and robots that drive us around and do chores for us! Those companies who don’t deliver this will be left behind!”

Only voting for candidates who want 8G sorry

Hey #Trump… I dare ya to explain what 5G is. Right now…

Quantum-G technology, where you get your data before you even know you need it.

Translation: the White House WiFi signal is from the bathroom must be weak…https://t.co/udhpQYVMvA

Personally, if I can’t have at least 10,000G within the next week, I’m gonna toss my cell phone down the toilet. I suggest you do the same, Donald.