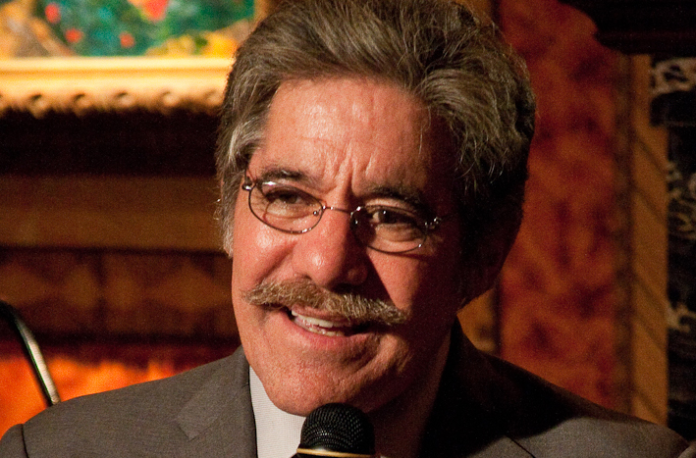 President Donald Trump is so desperate to undermine the Russia investigation that he has resorted to quoting Geraldo Rivera to call for ending the probe.

Earlier today, Trump once again claimed in ALL CAPS that he didn’t collude with Russia to win the 2016 Election.

His wailing tweet came a day after he was referred to as “Individual 1” in court documents filed by Special Counsel Robert Mueller explaining that Trump coordinated and directed his former lawyer and “fixer” Michael Cohen to commit two campaign finance felonies.

Clearly, Trump was watching Fox News when he saw Geraldo Rivera defend him by claiming that there’s “no smoking gun” proving collusion and that there’s nothing Trump can be impeached for, which is why Trump pathetically quoted him on Twitter and demanded the investigation end.

“This is collusion illusion, there is no smoking gun here. At this late date, after all that we have gone through, after millions have been spent, we have no Russian Collusion. There is nothing impeachable here.” @GeraldoRivera Time for the Witch Hunt to END!

The problem is that Mueller has not released a final report yet, which could very well confirm that Trump committed collusion, as well as obstruction of justice. It should also be pointed out again that Trump is an unindicted co-conspirator in the latest filing and that Congress can certainly impeach Trump for committing campaign finance felonies, even if Mueller concludes there was no collusion.

Keep quoting idiots who are running interference for you – but that’s not going to help in the slightest.

The full weight of the law is about to crash down on you, your children, and every other traitor in your sphere.

Thanks #Trump. I’m sure #Mueller and the investigative team will now immediately incorporate Geraldo’s expert #collusion assessment into their impending report…

Was Geraldo promised a cabinet post to say that?

It’s impossible to know if there’s a smoking gun here yet because the investigation has not finished. There is no published report detailing accusations and evidence. So far, all we’ve seen is prosecutions and indictments on the side of the investigation, plea deals and the like.

Amazing spin for someone whose attorney admitted to committing campaign finance felonies at your direction.

Combine that w/ the likelihood that there is an FBI criminal investigation w/ you as the target … and … ?

Too bad Geraldo isn’t your judge or jury. So, what you’re saying here is that a Fox news cheerleader doesn’t think you’ll be impeached? Hmm… wonder if Fox has ever been wrong about anything? Let’s see, Roger Ailes, O’Reilly, they promised Romney would win & be POTUS…

When you’re resorting to Geraldo, you’ve pretty much hit bottom