The United States Blues
Home National News Trump doesn’t care about the pain his policies cause as long as... 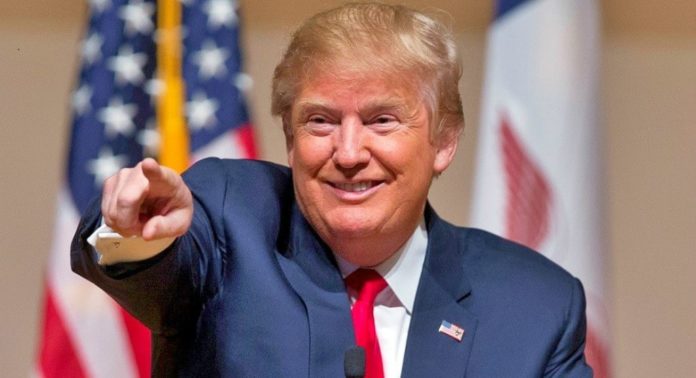 President Donald Trump watches television — especially cable news — almost endlessly, and even when the coverage is about policies he’s implemented that harm millions of Americans, he doesn’t care just as long as his ratings are “great,” The Washington Post reports this morning.

Case in point: The government shutdown earlier this year which left government workers without paychecks for 35 days, causing many to seek assistance at food pantries and meant others had to sleep in their cars because they couldn’t afford to buy gas for the commute to their workplaces.

But when Trump was confronted by the fact that he had taken credit for the shutdown, all he wanted to talk about was ratings:

‘”‘This is why I was so great on the Apprentice,’ he told a startled Speaker Paul D. Ryan (R-Wis.) during a phone call the next morning, crowing that the ratings of the meeting were ‘great.'”

And Trump continues to view his presidency and his own personal success or failure through the lens of what kind of media coverage he receives, as was proven with the recent end of the investigation by Special Counsel Robert Mueller:

“Since Attorney General William P. Barr said last weekend that the special counsel’s investigation into Russian interference in the 2016 election found no conspiracy between the president’s campaign and Moscow, Trump has seemed most interested in how the findings are playing on TV.

“He has reveled in the falling ratings of networks he claims unfairly covered the Russia investigation while celebrating his allies in conservative media who joined him in calling special counsel Robert S. Mueller III’s probe a ‘hoax’ all along. Trump has checked ratings daily, according to his aides, and has bragged to senators and others that Fox News is doing better than competitors like MSNBC and CNN.”

The obsession with television and TV coverage even extends to appearances made by Congressional Republicans, as Senator John Kennedy (R-LA) recently learned:

“At the private lunch, Trump immediately turned to (Senator Kennedy) and commended him for his television appearances earlier that day, according to attendees.

So for those Trump supporters who are convinced that their president is focused on what’s best for them, it might be time to wake up and realize the only thing that means a damn to him is polishing his own already tarnished image. Everyone else is expendable.