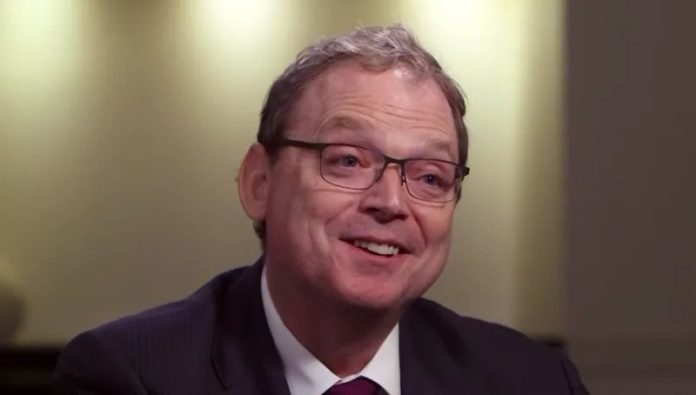 On Friday, hundreds of thousands of federal workers received their pay stubs which showed that they had worked 80 hours over the past two weeks but didn’t receive a penny in compensation for their labor.

Meanwhile, in Washington, President Donald Trump and Senate Republicans continued to block efforts by Congressional Democrats to end the government shutdown which is now the longest in U.S. history.

But according to Kevin Hassett, who serves as White House Chairman of the Council of Economic Advisers, furloughed workers should be happy they’re getting such a wonderful “vacation.”

Appearing on the PBS NewsHour Friday, Hassett grinned as he declared:

“A huge share of government workers were going to take vacation days, say, between Christmas and New Year’s.

“And then we have a shutdown, and so they can’t go to work, and so then they have the vacation, but they don’t have to use their vacation days. And then they come back, and then they get their back pay. Then they’re — in some sense, they’re better off.”

“They can’t go to work and so then they have the vacation, but they don’t have to use their vacation days. And then they come back, and then they get their back pay. Then they’re—in some sense they’re better off.” pic.twitter.com/DWtLWE1RFz

How exactly are people “better off” taking a vacation if they can’t pay their bills or put food on the table for their families? Hassett’s remarks are the height of both ignorance and entitlement. Rest assured, he and others on the White House payroll got paid Friday.

Twitter lit up with rebuke for Hassett and his boss:

Workers are not getting paid and still showing up for work. How is that a vacation?
This is the logic Trump and His administration uses when they are stabbing every federal worker in the back.

Free vacation on the street, with their kids, after they lose their homes!

Perhaps Kevin Hassett — and his overweight boss in the Oval Office — should have to do without a few meals until they make sure federal workers are paid what they’re owed.