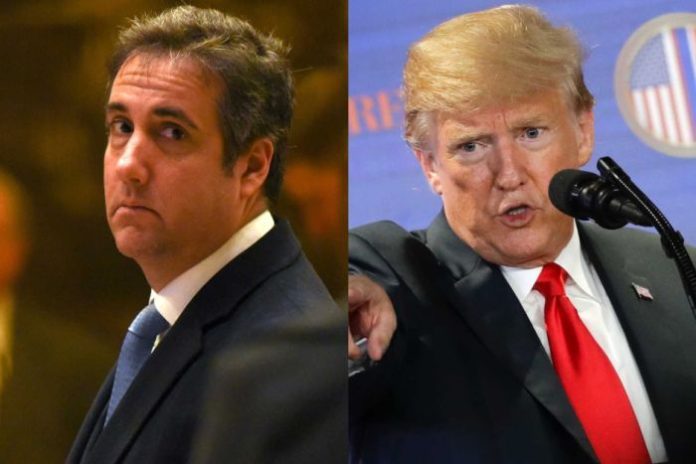 President Donald Trump decided he go ahead and add witness tampering to the growing list of offenses he’s committed by directly threatening the father-in-law of his former attorney and fixer, Michael Cohen, who is now cooperating with federal investigators.

Friday morning, just hours after BuzzFeed News reported that Trump allegedly told Cohen to lie to Congress while under oath, the president desperately tried to slag Cohen with this tweet:

The reaction to Trump’s blatant attempt to silence a potential witness (i.e. Cohen, who is scheduled to testify before Congress on Febuary 7) drew immediate charges that Trump was indeed engaging in witness tampering:

This is witness intimidation. https://t.co/agqZ39hPwu

You gave in to your fear.

I knew you would.

The reek of your fear-musk is so strong wolves are howling a hundred miles away. https://t.co/TD2eQJHrsP

I know someone whose father-in-law did jail time. It rhymes with Sri Lanka.

The president once again threatens a witness before congress by threatening his family. https://t.co/KX93gQDBpH

Cohen is slated to testify before Congress, and Trump has now repeatedly made ominous suggestions regarding a member of Cohen’s family. https://t.co/qSIJy3Hi04

“Whoever … endeavors to influence, obstruct, or impede … the due and proper exercise of the power of inquiry under which any inquiry or investigation is being had by either House” is guilty of a felony.

Five tweets this morning, and in every one, you’ve misspelled “I never had any conversation with Michael Cohen about his testimony concerning the Moscow Trump Tower deal.” https://t.co/aERNzFaJKG

Trump is scared. He’s terrified. And so he’s trying to intimidate anyone who can tell what they know about him. But the more he tweets, the deeper he digs the massive hole he’s already in.