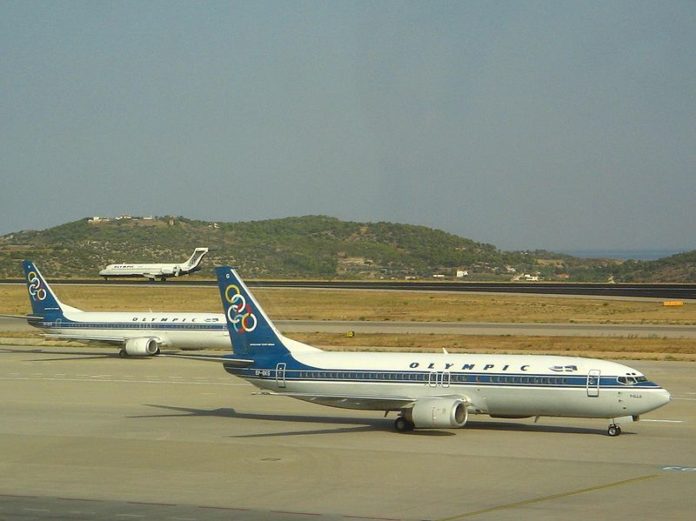 President Donald Trump attempted to lecture Boeing on Monday morning by bragging about his branding skills, and it backfired spectacularly.

Boeing is currently having issues with the Boeing 737 MAX as nations around the globe, including the United States, ground the plane after two deadly plane crashes due to software problems.

Of course, Trump decided to give the airplane maker some unsolicited advice.

What do I know about branding, maybe nothing (but I did become President!), but if I were Boeing, I would FIX the Boeing 737 MAX, add some additional great features, & REBRAND the plane with a new name.
No product has suffered like this one. But again, what the hell do I know?

The problem is that Trump only uses his own name to brand products, which often fail.

Not only did Trump lose the popular vote by nearly 3 million votes in 2016, many of his business ventures have been complete disasters, such as Trump Steaks, Trump University, Trump: The Game, Trump casinos, Trump magazine, Trump Mortgage, a travel site called GoTrump, a communications company called Trumpnet, Trump Tower Tampa, Trump colognes, Trump mattresses, and Trump menswear. All of these were either shut down or discontinued because of Trump’s unpopularity or incompetence.

Even many buildings that bore his name found it so toxic that it was taken down.

But his most spectacular failure that demonstrates why he should refrain from lecturing Boeing about airplanes is his own Trump Airlines.

According to Rolling Stone:

In 1988, Trump took out a $245 million loan to purchase the planes and routes of Eastern Air Shuttle. He slapped a TRUMP decal and some gold bathroom fixtures on the commuter planes that flew between New York, Boston and Washington, D.C., but customers weren’t charmed. Two years after he launched Trump Shuttle, the airline wasn’t making enough money to even cover the $1 million monthly interest payment on his loan. Trump ultimately defaulted, surrendering ownership of the airline to his creditors.

Boeing has also been in business far longer than Trump, being founded in 1916 and currently ranks 19th on the “World’s Most Admired Companies” list and 24th on the “Fortune 500” list. Trump has only been in business since 1971 and has declared bankruptcy at least five times and fakes his net worth according to many.

So, Trump is the last person Boeing should take branding advice from — unless they also want to go out of business and embarrass themselves.