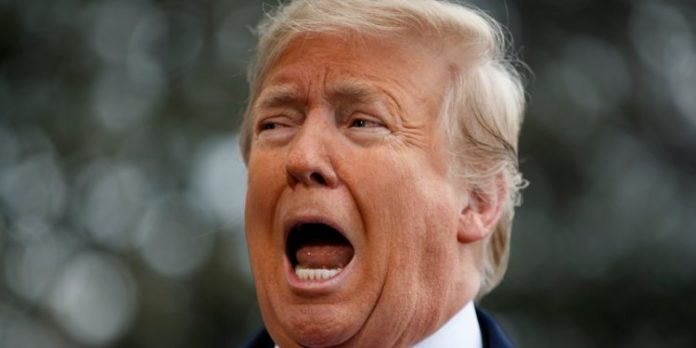 President Donald Trump took to Twitter to call for strong voter ID laws on Sunday morning after declaring that mass voter fraud had been discovered in Texas as he watched Fox & Friends.

Early in his presidency, Trump formed a voter fraud committee that found no evidence of such fraud and later disbanded as a national laughingstock. Trump’s crusade occurred after he falsely claimed that millions of people voted illegally in 2016 in order to justify his accusation that the popular vote was rigged. Trump lost the popular vote by nearly three million votes.

But Texas Republicans gave Trump something to fear monger about over the weekend by flagging thousands of voters and accusing them of illegally voting.

Trump has absolutely no proof that “voter fraud is rampant” all over the country. He’s making it up in order to scare Americans into supporting racist voter ID laws that suppress the vote, often in favor of Republicans.

Several states have conducted similar investigations and found that out of the thousands flagged by officials, only a handful actually voted illegally.

Furthermore, multiple studies and investigations show that mass voter fraud doesn’t exist in this country and voter fraud itself is exceedingly rare.

Even the Texas Tribune pointed out that “It’s unclear exactly how many of those individuals are not actually U.S. citizens and whether that number will be available in the future.”

It’s possible that individuals flagged by the state — who provided [Department of Public Safety] with documentation that indicated they were authorized to be in the country — could have become naturalized citizens since they obtained their driver’s license or ID card.

But without additional verification, you can’t say these individuals all engaged in illegal voting, said Chris Davis, the head of the Texas Association of Elections Administrators.

“People get naturalized,” Davis said. “It’s entirely too early to say that.”

And Texas Republicans can’t be trusted since they have a history of voter suppression.

“Texas has a rich history of undertaking action to make it harder for people to vote,” Lawyers’ Committee for Civil Rights Under Law president Kristen Clarke told the New York Times. “Whenever you’re invoking the threat of criminal prosecution, the chilling effect becomes almost unavoidable. In our experience, state databases are often riddled with errors, are not up-to-date and don’t reflect the most recent information with regard to individuals. It will be very important for the state to provide more information about how they carried out their analysis, and we will have to test the veracity of their claims.”

“Because we have consistently seen Texas politicians conjure the specter of voter fraud as pretext to suppress legitimate votes, we are naturally skeptical,” Texas state Rep. Rafael Anchia said in a statement.

So, just because Texas Republicans are making sweeping accusations, it doesn’t mean they are accurate or even truthful. This could easily be yet another scheme to justify more voter suppression in the state, especially since Texas could swing to the Democratic column within the next decade because of demographic shifts, something Republicans fear.

And even if every single one of the people flagged for alleged fraud illegally voted, it’s still a fraction of the overall electorate in the state.

In other words, Trump is fear mongering over something that has no effect on election outcomes. Period.