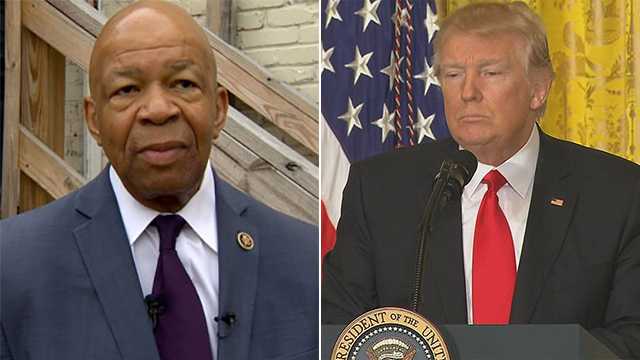 Attorneys for President Donald Trump filed suit Monday morning in the U.S. District Court for the District of Columbia to block a congressional subpoena of his financial records, according to The Washington Post. The filing states:

“Democrats are using their new control of congressional committees to investigate every aspect of President Trump’s personal finances, businesses, and even his family. Instead of working with the President to pass bipartisan legislation that would actually benefit Americans, House Democrats are singularly obsessed with finding something they can use to damage the President politically.”

Just last week, Rep. Elijah Cummings (D-MD), chairman of the House Oversight Committee, subpoenaed Mazars USA, an accounting firm Trump has used in the past. For over a decade, Mazars signed off on financial forms Trump used to secure loans for his real estate business. Some of those filings allegedly contained inaccurate information that the firm refused to certify for fear of legal action.

The Oversight Committee asked Mazars on March 20 for “statements of financial condition” and audits prepared for both Trump and his companies, including the one that owns the Trump International Hotel in downtown Washington.

But, according to the president in his Monday morning filing, a subpoena of Mazars “lacks a legitimate legislative purpose.” And they also noted:

“With this subpoena, the Oversight Committee is instead assuming the powers of the Department of Justice, investigating (dubious and partisan) allegations of illegal conduct by private individuals outside of government,” it says. “Its goal is to expose Plaintiffs’ private financial information for the sake of exposure, with the hope that it will turn up something that Democrats can use as a political tool against the President now and in the 2020 election.”

Then again, if Trump has nothing to hide, wouldn’t he want such records to become public knowledge, along with his taxes? Isn’t this exactly the kind of “swampy” behavior the current president said he was running to fight against?

As we’ve learned since Donald Trump took office, he wants the rules and laws that govern all of us to apply to everyone except him.