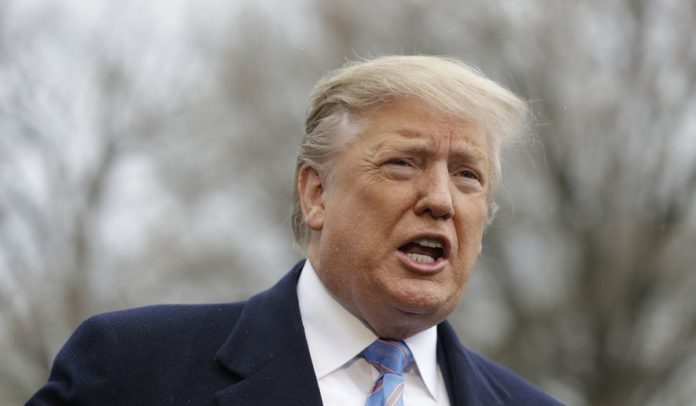 On Thursday morning, a bit of truth finally managed to escape from President Donald Trump, leading him to fall back on his old lies regarding whether or not Russia helped him win the 2016 election.

A day after Special Counsel Robert Mueller said that Russia had indeed helped Trump win the last presidential election, Trump took to Twitter and attacked Mueller and the news media:

The Greatest Presidential Harassment in history. After spending $40,000,000 over two dark years, with unlimited access, people, resources and cooperation, highly conflicted Robert Mueller would have brought charges, if he had ANYTHING, but there were no charges to bring!

Granted, that’s standard pablum from Trump, but it was followed by this tweet: 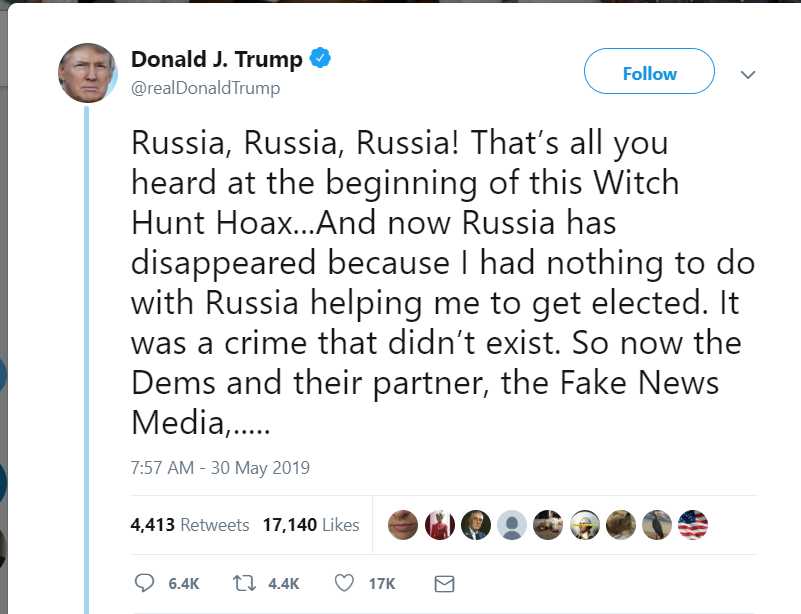 The third tweet was more of the same denials and vitriol:

….say he fought back against this phony crime that didn’t exist, this horrendous false accusation, and he shouldn’t fight back, he should just sit back and take it. Could this be Obstruction? No, Mueller didn’t find Obstruction either. Presidential Harassment!

An admission that Russia helped him get elected; that’s progress.

However, not even an hour later, on the South Lawn of the White House, Trump again turned to denials and outright lies, telling reporters Russia didn’t have anything to do with him winning:

“No, Russia did not help me get elected. You know who got me elected? i got Me elected!”

.@POTUS: “No Russia did not get me elected.”

Trump can try and spin the Mueller report anyway he wants to, but some basic facts are undeniable:

Whether or not Trump is impeached, he will always be considered an illegitimate president by tens of millions of Americans.