The United States Blues
Home Economics Trump freaks out after oil prices rise due to his sanctions on... 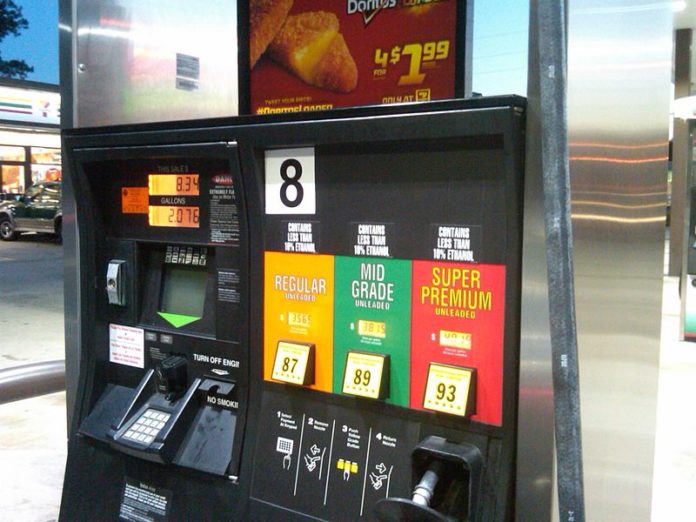 President Donald Trump is panicking about a price increase on oil that his own policies caused. Now he expects OPEC and Saudi Arabia to bail him out as Americans face higher gas prices.

Oil prices have risen steadily in recent weeks, resulting in higher gas prices here at home that pose a problem for Trump as the U.S. economy inches closer to recession.

In response to the higher prices, Trump begged OPEC to increase output via Twitter on Thursday:

Very important that OPEC increase the flow of Oil. World Markets are fragile, price of Oil getting too high. Thank you!

On Friday, the prices rose again, setting the stage for the commodity to hit its biggest quarterly rise since 2009 when the country was still reeling from the Great Recession.

Oil prices have been supported for much of this year by an agreement between the Organization of the Petroleum Exporting Countries and allies such as Russia to cut output by around 1.2 million barrels per day…U.S. sanctions on OPEC members Iran and Venezuela are also buoying prices.

Trump slapped sanctions on Iran last year in the wake of withdrawing from the Iran nuclear deal even though Iran had been and still is in compliance with the agreement. Trump has also slapped sanctions on Venezuela in an effort to remove President Nicolas Maduro from power to install a more U.S. oil industry-friendly puppet.

The sanctions have removed Iranian and Venezuelan oil from American markets, thus driving up the cost of oil and gas because that’s how supply and demand works.

And if Trump thinks Saudi Arabia will come to his rescue, he can think again.

“While OPEC, and above all Saudi Arabia, appeared in November to be obeying U.S. President Trump’s repeated demands to increase oil production, his tweets now are more likely to fall on deaf ears,” Commerzbank said in a statement, Reuters reports.

And Bank of America is predicting oil prices will continue rising and warned of a recession ahead of the 2020 Election season.

Bank of America said it expected oil to rise in the short term, with Brent forecast to average $74 per barrel in the second quarter.

Heading towards 2020, however, the bank warned of a recession.

Trump only has himself to blame for higher oil prices. More oil would be on the market if he had not slapped sanctions on Iran and withdrew from the nuclear deal. More supply equals less demand and prices drop as a result. If Trump wants lower prices, he’ll have to learn not to shoot himself in the foot first. Until then, Americans know he’s to blame for high gas prices.