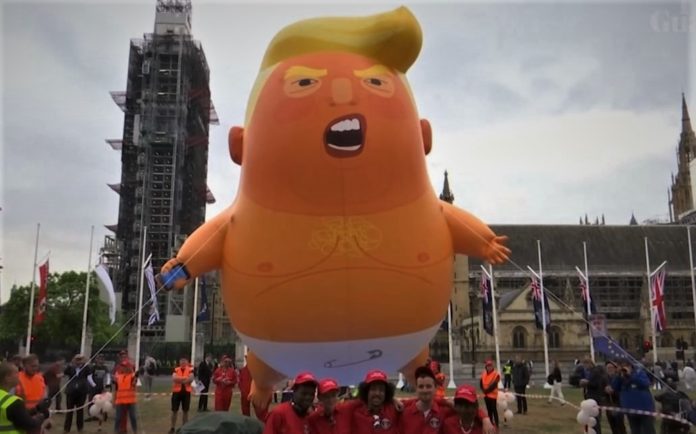 When President Donald Trump claimed that he would hire “the best people” to work for our country, he clearly lied, and a new Washington Post report demonstrates that by pointing out that Trump froze out national security experts simply because they didn’t endorse him in 2016.

Needless to say, Trump’s staffing problems are unprecedented as many positions still remain unfilled two and a half years after he took office. And that’s a major threat to our country because several of those positions are national security roles that really need experienced heavy-hitters, whether they are Republicans or not.

But according to the Washington Post, Trump blacklisted any Republican who opposed his election in 2016, and he will likely do the same in 2020 because most of the experts who signed letters of opposition against him still oppose him in 2020.

“Republican national security heavyweights blacklisted from his administration for signing a pair of ‘never Trump’ letters in 2016 face a crossroads — remain opposed or support him in 2020,” the Post reports.

“The White House has shown little willingness to tap into this wellspring of expertise, even as Trump cycles through national security aides and faces a dwindling pool of experienced staffers for a potential second term,” the report continues.

And there’s a lot of names on the list. In fact, Trump is so determined to freeze them out that he has only hired one of them so far, and that’s because Trump may have overlooked that he signed the letters.

Of the 149 experts who signed at least one of the two letters warning that Trump was unfit for office — the first published on the War on the Rocks website during the 2016 GOP primaries and the second on the New York Times’s site during the general election campaign — just one has been hired by the Trump administration. James Jeffrey, a Middle East expert who served under President George W. Bush.

Some are apparently regretting their decision to oppose Trump, preparing to bend the knee and kiss his a** in 2020 for a job that will be thankless and humiliating.

Most, however, don’t regret it at all and say the letters they signed still apply.

Duke University political science professor, Peter Feaver, who served on the National Security Council under George W. Bush, says that even if he doesn’t sign another letter, Trump will likely still hold a grudge after 2020 if he is re-elected.

“Certainly, with the president, I don’t sense he’s anywhere closer to that kumbaya moment,” Feaver said. “It would probably take movement on both sides, but I don’t see much evidence the White House wants to move.”

Indeed, and it looks like Trump is perfectly fine with burning down America’s national security apparatus and will continue hiring idiots who will help him do it as he embarrasses himself and the United States on the international stage and moves us closer toward another major war in the Middle East while coddling dictators who would love nothing more than see our nation fall.